Bacolod allows walk-in vaccination for priority groups A1.8 to A3 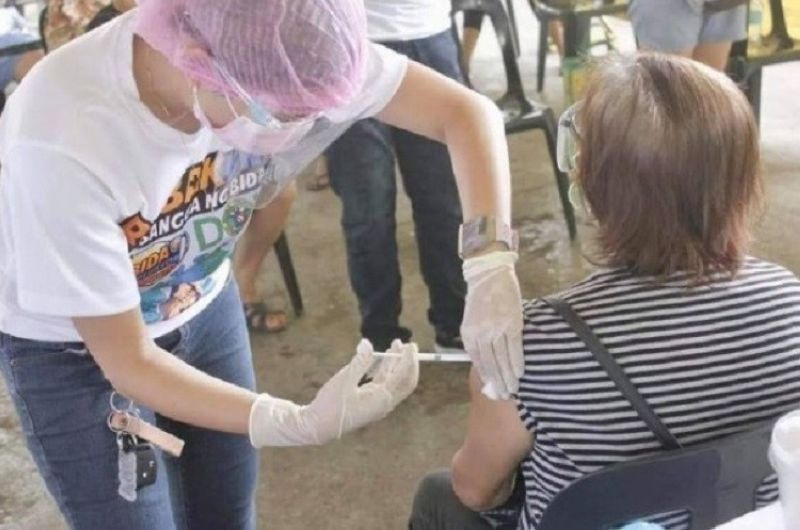 BACOLOD. Bacolod City residents under priority groups A1.8, A2 and A3 are now allowed to be inoculated against coronavirus disease (Covid-19) on a walk-in basis. (File)

BACOLOD City residents who are under priority groups A1.8, A2 and A3 are now allowed to be inoculated against coronavirus disease (Covid-19) on a walk-in basis in the city.

Dr. Edwin Miraflor, officer-in-charge of City Health Office, in a statement said individuals under the priority groups A1.8 (overseas Filipino workers or OFWs), A2 (senior citizens), and A3 (persons with comorbidities) will be allowed to be vaccinated on a walk-in basis in the city.

“All they have to do is present proof that they belong to the said priority groups. For senior citizens, their senior citizen's ID; for persons with comorbidities, a medical certificate stating their comorbidity; and for OFWs, their agency contract or certification,” he said.

“We will give out J&J vaccines, a single-dose vaccine, for walk-in residents under priority groups A2 and A3 starting yesterday (July 21), and until supply lasts,” Miraflor said.

The Pfizer vaccines are also being rolled out at the Bacolod City Government Center for OFWs.

Miraflor said seafarers who want to be vaccinated may also bring their Marina identification card or Seaman’s Book, aside from their agency contracts or certifications.

Miraflor said the daily schedules for barangay and cluster vaccinations will be posted on the Bacolod City PIO official Facebook page once they are finalized.

Leonardia also expressed his gratitude to Secretary Carlito Galvez, chief implementer of the National Task Force Against Covid-19, for keeping his word of making Bacolod among the priority areas for vaccine allocation.

“We are sure this volume will help us accelerate the implementation of our vaccination program,” Leonardia said.

He said the AstraZeneca doses that were recently delivered form part of the supply that was secured by Bacolod in its tripartite agreement with the national government and AstraZeneca.

“With this, we expect our locally funded vaccines to come on regular basis. This is good news to the many who are waiting, considering that we had already been allowed to include priority groups A1 until A5,” he added.

“We again appeal for the participation of our people in our vaccination program. We thank those in the malls and in the barangays who have been tirelessly working to inoculate as many and as fast as can be,” Leonardia said.

To avail of the free vaccination of Bacolod City, register online thru this link: tinyurl.com/bcdceironline.