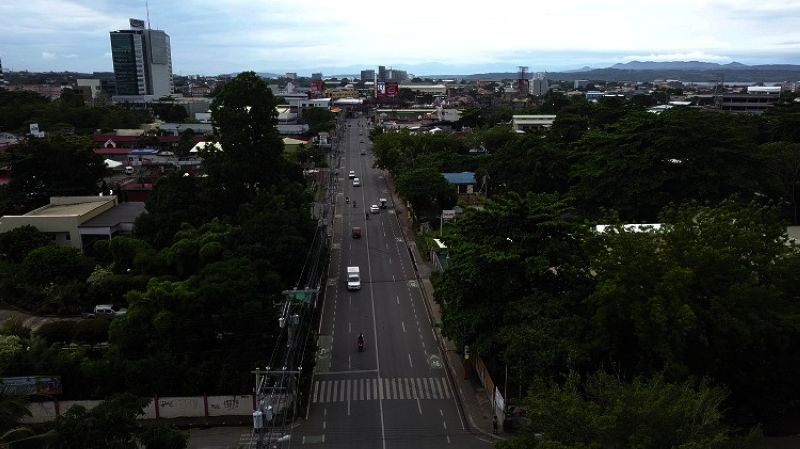 These three provinces were supposed to be under a more restrictive MECQ until the end of the month prior to the updated quarantine classification approved by President Rodrigo Duterte, through the recommendation of the Inter-Agency Task Force for the Management of Emerging Infectious Diseases (IATF).

Davao Occidental will now be the lone province in Davao Region that remains under MECQ.

The entire region was placed under MECQ due to the rising Covid-19 cases on July 1.

Other areas placed under GCQ with heightened restrictions are Metro Manila, Ilocos Norte, and Ilocos Sur.

Under this classification, children aged five and above can no longer stay outdoors, Roque said.

“As these areas will be placed under GCQ with heightened restrictions, children five years old and above will not be allowed to go to outdoor areas, as provided for under IATF Resolution No. 125,” he said.

Under IATF-EID Resolution 125 issued on July 8, children as young as five years old can go outdoors despite the coronavirus disease 2019 (Covid-19) pandemic, so long as they are residing in areas placed under GCQ and MGCQ.

Children in these areas can only go to outdoor spaces like parks, playgrounds, beaches, biking, and hiking trails, outdoor tourist sites, and attractions as may be defined by the Department of Tourism, including on outdoor non-contact sports courts and venues, and al-fresco dining establishments, according to the resolution.

Mixed-use indoor or outdoor buildings and facilities like malls and similar establishments are not included in the allowed outdoor areas for children, the resolution said.

Roque also announced the inclusion of Thailand and Malaysia in the list of countries with travel restrictions in connection with the Delta variant.

He also announced that the government task force has allowed foreign spouses, parent/s, and/or children of Filipino citizens with valid 9(a) visas to enter the Philippines without the need for an entry exemption document beginning August 1.

Also prohibited are outdoor contact sports, games, and scrimmages, except for non-contact sport, which is allowed.

Indoor sports courts and venues, indoor tourist attractions, venues for meetings, conferences, and exhibitions are still not allowed in areas under GCQ with heightened restrictions.

For personal care services such as salons, parlors, beauty clinics, they are allowed to cater up to 30 percent capacity. They may add 10 percent if the area is granted with the Safety Seal.

Outdoor tourist attractions are allowed to cater up to 30 percent capacity provided that minimum public health standards are strictly followed.

Staycations and other Department of Tourism (DOT)-accredited accommodations are allowed without age restrictions, provided that MPHS are adhered to. Staycation hotels with Certificate of Authority to Operate will be allowed up to 100 percent venue capacity, while other DOT-accredited accommodation establishments are allowed up to 30 percent area capacity with the local government oversight.

Religious activities are allowed up to 10 percent capacity but may add up to 30 percent depending on the local government.