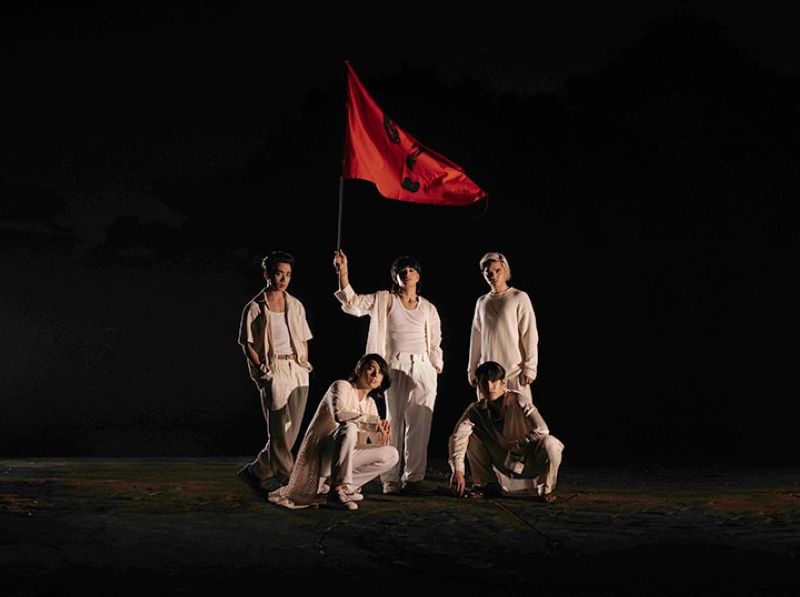 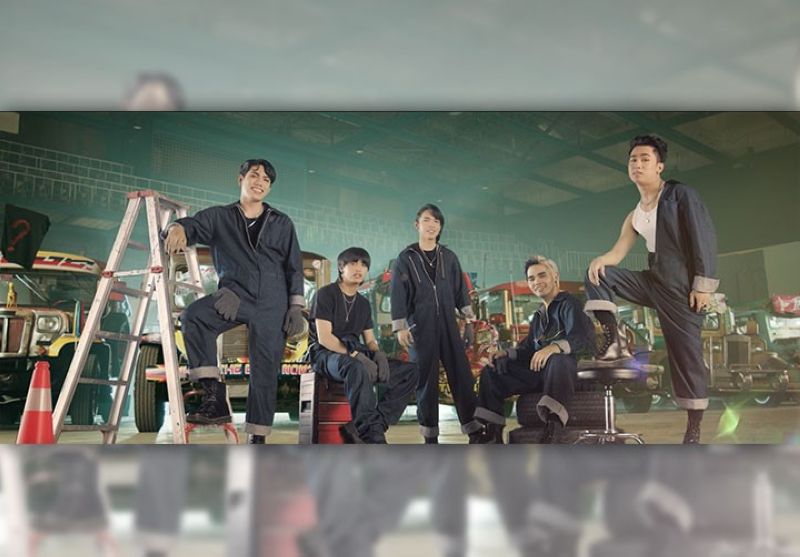 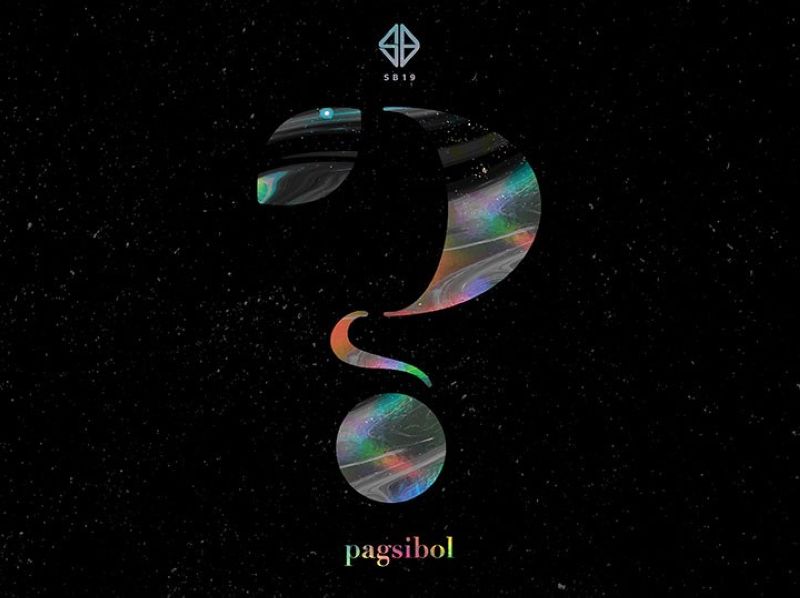 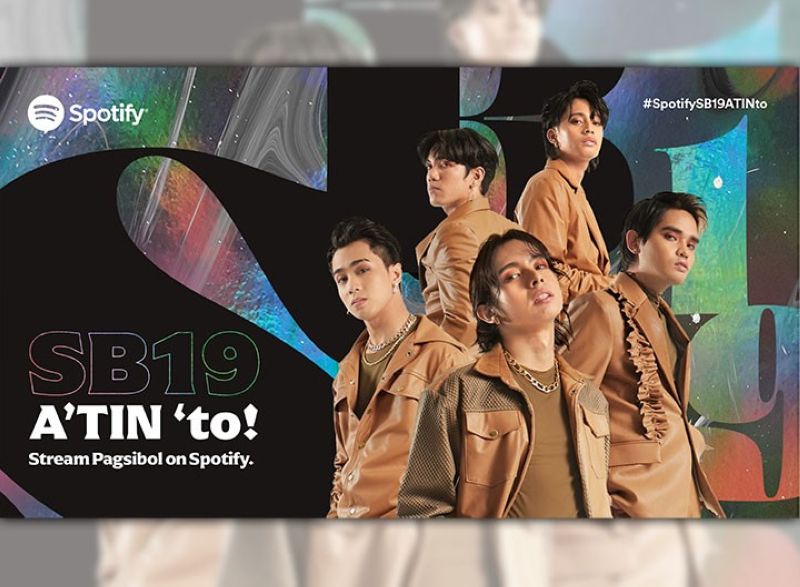 AS TORCHBEARERS of Pinoy pop, SB19 has achieved record-breaking success in every step of its journey. The award-winning boyband has reaped accolades here and abroad, being the first Filipino act to be nominated for a Billboard Music Award and reaching a No. 2 peak on Billboard Social 50, a chart that utilizes real-time social media data to track the most fan-engaged artists in the world. From being part of Spotify’s Radar program in 2020 that supported the band’s borderless access to fans, to becoming the Most Requested Artist of the Year for 2020 on MTV US Friday Livestream, the band has solidified its global presence with its music.

Global recognition aside, SB19 continues to push boundaries in terms of production and songwriting, challenging conventions with its sophisticated modern sounds and anthemic lyrics. According to Roslyn Pineda, Sony Music’s general manager for the Philippines and vice president for business development in Asia, SB19’s insistence to excel in its craft is once again displayed in full force on its upcoming EP, “Pagsibol.” “This time, they’re going all-out in expanding their range by sprinkling bits of experiments with their brand of edgy pop.”

Mapping the band’s journey through “Pagsibol”

A Filipino word that literally translates to germination, as to how seeds grow into plants, “Pagsibol” is a metaphorical reference to the band’s journey in the music industry. “In that context, we want our EP to symbolize our beginnings, origins or simply, our roots,” SB19 shares in a statement. “The term also signifies our growth from the group’s formative years to where we are right now.”

The six-track EP contains the empowering song “What?” released early this year to critical and commercial acclaim; the inspiring but powerful ballad “Mapa”; and a 2021 version of the group’s early ballad “Ikako.” SB19 is no stranger to defying structures and infusing global sounds in a singular music package, and on its EP “Pagsibol,” it has asserted creative control over its material without sacrificing accessibility. This is evident in “Mana,” a throbbing banger that updates the band’s electro-pop, R&B and hip-hop influences with cinematic grandeur. The title is actually short for the Filipino mythical creature “manananggal,” which has the ability to sever its upper torso from the rest of its body. SB19 redefines the word to symbolize humility. “No matter how far we go or how high we reach, our feet will always remain on the ground,” says the Asian quintet.

“Pagsibol” raises the stage to the next level with “Bazinga,” the new single coinciding with the EP drop. Brimming with trap-pop production and reggaeton-infused hip-hop rhythms, the song takes a swipe at the band’s detractors online and offline, and reflects on the “bashing” culture that every artist experiences at the onset of his career.

In the same vein as the band’s more radio-friendly tunes, “SLMT” showcases the group’s more effervescent side to its music-making. The insanely catchy bop honors “A’tin,” a community of like-minded individuals and fans to whom SB19 is eternally grateful.

Taken as a whole, “Pagsibol” tackles a variety of themes that are integral to the pop group’s narrative. As SB19 puts it, “They will get a glimpse of our paths and what we went through. We consider this EP to be very meaningful as everything is from us—the conceptualization, the creative process, the totality of the product itself.”

SB19 followers have more than doubled on Spotify, the world-leading audio platform, within just a year (June 2020 to June 2021). On joining Spotify Radar Philippines, an emerging artist program that spotlights rising talent, SB19 says, “Being on Spotify’s Radar program since 2020 has been a lot of help for us. Spotify’s commitment to local artists has unlocked many opportunities, from enabling us to represent Pinoy music on the global stage to helping new audiences discover our songs.”

To celebrate the launch of “Pagsibol,” Spotify unveils “SB19 A’tin ‘To!,” a campaign that showcases Pinoy pride and tells the story of SB19’s latest EP through audio and visual art. SB19 and Spotify collaborated with six Filipino visual artists to design roving jeepneys, each uniquely inspired by the six tracks on “Pagsibol.” Fans can also look forward to exclusive SB19 content on Spotify’s “Tatak Pinoy” playlist. Kossy Ng, Spotify’s head of music for Asia says, “It’s been wonderful to be a part of SB19’s journey; watching their growth from Radar artists to today reaching listeners all over the world. We are thrilled to get behind the launch of ‘Pagsibol’ through this campaign and allowing fans, not only in the Philippines, but all over the world to experience their music. Spotify continues to champion the vibrant Philippine music scene by connecting more artists and fans.”

SB19’s EP “Pagsibol” is out now on Spotify via Sony Music. The internationally recognized boyband will be performing the songs off its Extended Play for the first time live on its upcoming online concert, “Back In The Zone,” happening on Aug. 1, 2021 (Sunday), 19:30 PHT. VIP and VVIP tickets are sold out, but fans can still get general admission tickets here. SPONSORED CONTENT