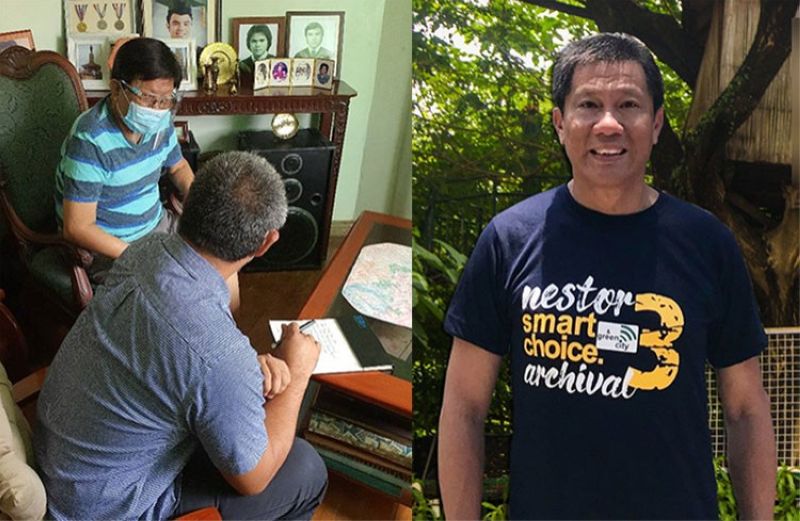 NOT enough councilors to secure a quorum and only few department heads showed up. So the Cebu City Council special session -- convened Friday, July 23, to review findings of the Commission on Audit (COA) on the city's 2020 finance operations -- was converted to a plain meeting, a legislative-executive "interaction."

[1] COA reported 632 ineligible beneficiaries of the emergency subsidy cash, through SAP or special amelioration program, which the national government released to the city at the height of the pandemic last year.

There were actually more than 8,000, Aniceta Suico of Department of Social Welfare and Services told the councilors. She said DSWS just sent out 34 letters demanding refund and eight recipients complied.

Beneficiaries in 80 barangays included the 632 people who, COA reported, didn't deserve the P6,000 each "ayuda." The amount of money -- P3.79 million, out of the P836.8 million "downloaded" to the City -- that COA wants returned will bloat correspondingly.

COA noticed that Casas had been signing checks, vouchers, payrolls, purchase requests and orders, and other official documents with no limits on extent and scope of authority. Archival told accountant Daiy Diane Ortiz that her boss Casas had been "(acting as) mayor with unlimited authority." Archival repeated the word "unlimited" more than once.

Ortiz told the councilors what, she said, was City Admin Casas's explanation to COA and the public: (a) The mayor officially delegated to him the authority to sign; and (b) the City Council (Resolution 15-0039-2019) and an office order (001-07-2019) dated July 9, 2019 affirmed the grant. Casas in a Facebook post said it is a common practice among LGUs: "Wala intawon ta magbuot-buot." Ortiz echoed repeatedly Casas's pitch in social media: there was no law or regulation ("balaod o patakaran") that Labella's delegation of authority violated.

The COA report is specific, citing the rules "violated": National Guidelines on Internal Control Systems and Government Accounting and Auditing Manual (Vol. III). COA also cites the "risks": (a) the City can enter into a transaction without the knowledge of the mayor, and (b) accountability for city funds becomes ambiguous and difficult.

Citing the Revised Charter of the City, COA underscores the provision that the mayor shall have "immediate control" of executive functions and shall supervise the work of the city administrator. COA notes a "manifestation of weakness of the city's internal control system," which can create "different risks." It will be difficult to determine who between them is accountable, says COA. It recommends that the mayor review and correct the delegation authority.

The "management comment" tells COA it will "revisit" the Sanggunian resolution. Which must have prompted Councilor Archival to announce he and his colleagues will also look again at what the Sanggunian approved less than two weeks after the Labella administration assumed office.

Ortiz, the city administrator's representative, stretched by several more minutes the questioning on the COA report about Casas's delegated authority. How: she kept going back to the flow of the audit process: audit observation, LGU's explanation (or "management comment"), and auditor's rejoinder.

Councilor Archival wanted to know the sequencing. Councilor Eugenio Gabuya Jr. pushed the interpretation that the "unmodified opinion" COA gave the City was not yet the final word on findings of irregularities.

The opinion referred to Cebu City's compliance to the COA requirements of audit. Earlier, former COA chief Heidi Mendoza explained that the opinion didn't mean absence of fraud or violation of the purchase process. Sought out by Innopub's Max Limpag, Mendoza demolished the claim that the unqualified opinion meant that the city's transactions in 2020 were "all above-board."

Mendoza, in an FB post, said an unfavorable finding remains in the report until COA removes it, but only after an explanation or correction the commission accepts.

The City Council used to show unity in seeking explanation on the 2020 Covid-response expenses of the City, last estimated at P2.5 billion, which has been waged by the Sanggunian since last quarter of 2020 in the name of "legislative independence and transparency."

Last Friday, only a few councilors showed up and the ones leading the charge -- Archival, Gabuya and Alvin Dizon -- are BOPK stalwarts. The next session on Wednesday, July 28, may tell more about a shift of mood in the Sanggunian.

A plausible explanation is the coming election season, in which findings of irregularities or exposed suspected misspending are expected to be used as ammunition against administration candidates.

Aside from BOPK being outvoted each time the house is "divided," there's also the coming election season, when findings of irregularities or exposed acts of misspending are expected to be used against Barug candidates.

There are a number of "juicy" subjects in the COA report for fiscalizers to pick from but the BOPK may have neither clout nor capability to make fuller use of it.