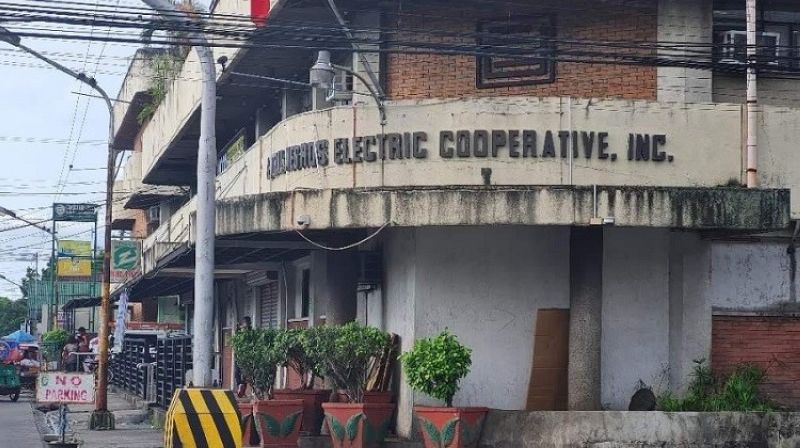 NEGROS. An official of Ceneco and members of its Third Part Bids and Awards Committee are facing administrative charges filed by multisectoral group Sanlakas-Negros over a move to purchase power supply from a coal plant. (Erwin P. Nicavera photo)

MULTISECTORAL group Sanlakas-Negros has proceeded with its legal action against an official of the Central Negros Electric Cooperative (Ceneco) and members of its Third Part Bids and Awards Committee (TPBAC) for purchasing electricity from a coal plant.

Jun Año, one of the leaders who signed the complaints on behalf of Sanlakas, in a press statement, said they have already filed administrative cases against Ceneco acting general manager and project supervisor lawyer Dan Pondevilla Friday, July 23.

Año, who also serves as coordinator of Sanlakas-Negros, said five members of the TPBAC including its chairman, Engineer Normal Pollentes, were also charged for dishonesty, grave misconduct, neglect of duty, gross incompetence in the performance of official duties, refusal to perform official duty, insubordination, and conduct prejudicial to the interest of the electric cooperative and member-consumers.

“Ceneco must listen to the voice of member-consumers, who are technically their bosses. It is not a secret that many consumer groups have already registered their opposition to the signing of a new contract with Kepco Salcon Power Corp. (KSPC) that will bind us to dirty, costly and unreliable electricity for years,” he added.

Año also explained that they also furnished the respondents' copies of the complaint before filing it before the National Electrification Administration (NEA).

“We reiterate our demand that the Ceneco-TPBAC [should] conduct a Competitive Selection Process (CSP) based on their new Power Supply Procurement Plan (PSPP) to ensure that the economic effects of the pandemic will be taken into consideration," the group said.

The statement further said that they "want to ensure that the next contract will only purchase power that member-consumers need and that the energy we will be using is clean, reliable and affordable."

The BLWA is one of the member organizations of Sanlakas-Negros.

Ceneco caters to the largest number of electric consumers in the province, including the Cities of Bacolod, Bago, Talisay and Silay, and the towns of Salvador Benedicto and Murcia.

In May 2021, the power distribution utility accepted the earlier offer of KSPC for a one-year extension of their power contract ending May 2021.

The extension, however, was at a reduced capacity of 20 megawatts (MW) or half of the 40 MW that was previously contracted by Ceneco with the Cebu-based coal-fired power plant for 10 years, from 2009 to 2021.

As this developed, a consumer group leader also filed a complaint before the NEA against seven officials over this extended power supply agreement.

Pondevilla has yet to comment on the cases filed by Sanlakas-Negros, but he earlier said the case filed by Sancho is a welcome move.

"At least, we can answer it in a proper forum," he added.