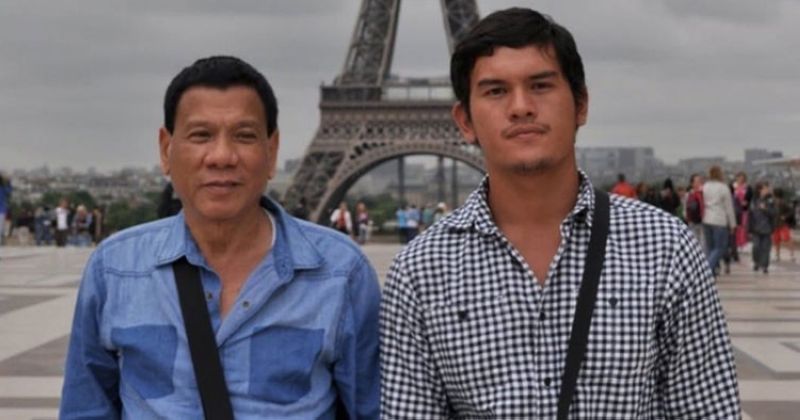 “Of course, the President is concerned as a father. Although one thing for the vice mayor is he is young and strong. The immune system is really the one fighting Covid-19,” Roque said in a press briefing on Thursday, July 22.

Roque said the Palace is glad that Baste, being physically fit, can fight off the infection.

“One thing for vice mayor is siya po ay bata at malusog. Talaga naman pong immune system ang lumalaban dito sa Covid-19 (One thing for the Vice Mayor is he is young and healthy. His immune system can really fight Covid-19),” he said.

The spokesperson, however, could not confirm whether Duterte has been exposed to his youngest son.

Davao City Mayor Sara Duterte-Carpio first confirmed that his brother tested positive for the virus in a Facebook post on Wednesday evening, July 21.

"Salamat. Okay ra ko. Mahalaga ang importante okay ra mo (Thank you. I am okay. What is more important is that you are okay)," the vice mayor said.

On the afternoon of July 21, Baste shared in his Instagram account a video chat with the entire Duterte family.

Included in the screenshot are his parents, President Duterte and Elizabeth Zimmerman, and his elder siblings, Sara and Davao City First District Representative Paolo Duterte.

Baste has not yet officially issued a formal statement on his current condition.

Roque reiterated that Duterte-Carpio will not attend her father's final State of the Nation Address (Sona) on Monday, July 26.

The spokesperson also said he is uncertain if Paolo, the House Deputy Speaker and Davao City First District Representative, will be present during the event.

Duterte-Carpio said in a radio interview on July 19 that she will still not attend the Sona in Manila.

Duterte-Carpio revealed that her mother and Duterte's ex-wife Elizabeth Zimmerman will also not attend since she will not attend.

The mayor did not elaborate her reason for not attending Duterte’s Sona.

But she said Paolo will attend his father's Sona.

The mayor also said unlike in the previous years, the city will not be mounting LED screens for Duterte's Sona in public places to avoid mass gatherings.

She said the public can view the Sona via TV or online.