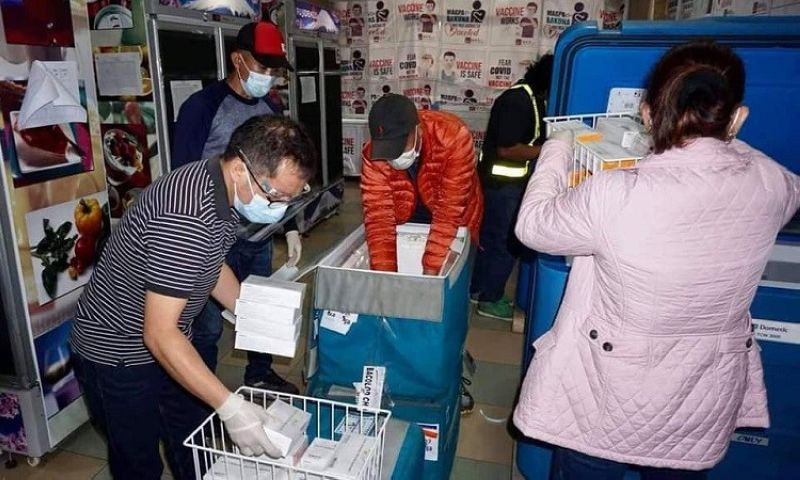 THE Bacolod City Emergency Operations Center-Task Force (EOC-TF) and the Covid-19 Vaccination Council (CoVac) will conduct a vaccine rollout at the Hall of Justice (HOJ) in the city Saturday, July 24, 2021.

Councilor Renecito Novero, chair of the city’s Quarantine Centers Action Team, said Friday they inspected the HOJ building on July 22 with the personnel of EOC for the conduct of vaccination with the court personnel and workers today using AstraZeneca and Johnson & Johnson vaccines.

He said they will also inoculate some members of Integrated Bar of the Philippines (IBP) in Bacolod City.

He added the vaccination will be held at HOJ building Saturday morning.

Novero said the city can now accommodate priority groups A1 to A5 since the city already received the initial delivery of the AstraZeneca vaccines that were procured by the city.

Novero also lauded the cooperation and participation of the Bacolodnons for the Covid-19 vaccination program.

“Many are becoming more aware of the necessity of the Covid-19 vaccine unlike before some people hesitate to join the vaccination program,” he said.

Mayor Evelio Leonardia earlier said the 18,700 doses of AstraZeneca are already part of the vaccines that we contracted in our tripartite agreement with the national government and AstraZeneca.

“With this, we expect our locally funded vaccines to come on a regular basis. This is good news to the many who are waiting considering that we had already been allowed to include priorities A1 until A5,” he said.

The city is also awaiting the additional delivery of the Sinovac vaccines for the city.

EOC records showed from March 5 to July 18, 2021, the city already inoculated a total of 66,012 individuals who belonged to priority groups A1 to A3.

Of the number, 22, 477 persons already received their second doses of Sinovac and AstraZeneca vaccines.

In the same period, CoVac had administered a total of 88,489 doses of vaccines. Of the number, 22,605 doses were AstraZeneca vaccines and 65,884 doses were Sinovac vaccines.