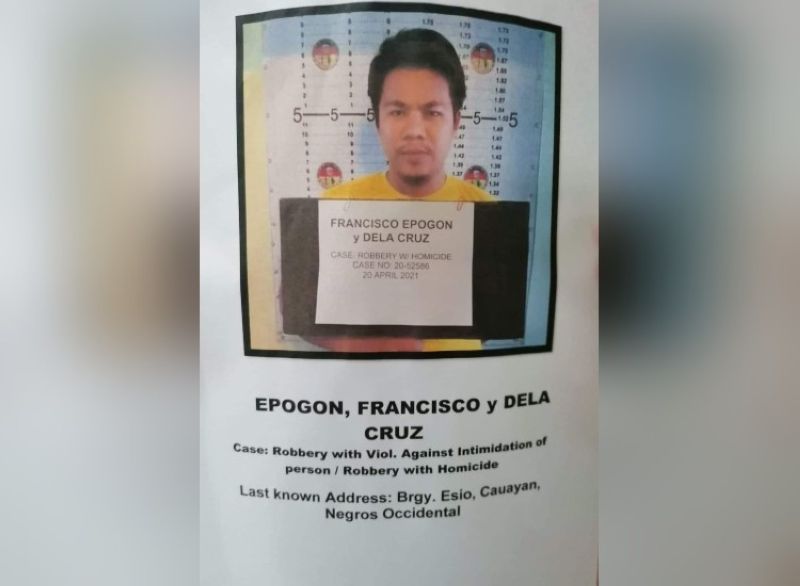 Based on the information provided by the Negros Occidental Police Provincial Office (Nocppo), police initiated the operation to recapture Epogon after they obtained an intelligence report that he was hiding in Sitio Nabilog in the said barangay.

Among the units that were sent were members of Nocppo's Provincial Intel Unit, Isabela Municipal Police Station, and the 1st Negros Occidental Provincial Mobile Force Company.

The cops were also reinforced by tracker teams from the Bureau of Jail Management and Penology.

With Epogon recaptured, Nocppo and BJMP units have turned their attention to the fifth and remaining NODJ escapee, Alejandro Montoya.

On June 29, Epogon, Montoya, Daniel Tamon and brothers Marvin Celeste and Danilo Celeste bolted out of the NODJ in Barangay Tabunan in Bago City.

On June 30, Marvin Celeste was slain while Tamon was recaptured after they were tracked in Barangay Blumentritt, Murcia town.

On July 2, Danilo Celeste was slain after police again tracked down the escapees in Barangay San Fernando, Talisay City.