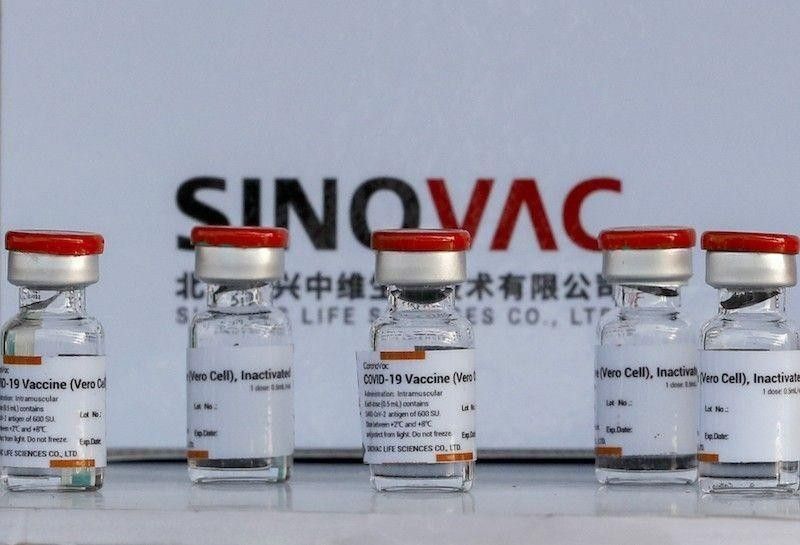 METRO Cebu received an allocation of 76,440 doses from the 108,800 additional doses of Sinovac vaccine that were delivered in Central Visayas on Thursday, July 22, 2021.

She said the vaccines will be used as second dose for individuals scheduled to get it this week.

Any excess of the vaccine supply can be given to others as first dose, Loreche said.

The rest of the Sinovac vaccines that arrived in the region or 32,360 doses will be divided among the provinces of Bohol, Siquijor, and Negros Oriental.

As of Thursday, 93,360 of the 131,989 eligible frontline health workers (priority group A1) in the region who registered themselves for vaccination had been inoculated while 29,629 others are still awaiting their schedule for their second dose.

The Department of Health (DOH) also reported the near completion of the vaccination for registered individuals with comorbidities or A3.

A total of 4,200 economic frontliners (priority group A4) in Central Visayas also received their first dose.

Meanwhile, the Lapu-Lapu City Government launched its first ever hotel vaccination site at the Waterfront Airport Hotel and Casino in Mactan, which is also the fifth vaccination center of the City.

Mayor Junard Chan said the hotel offered free use of the area and committed to shoulder the payment and meals of the medical team assigned at the vaccination site.

Chan said the hotel also offered light refreshments for all the vaccinees.

“All these at zero cost to the local government unit. Your support to our vaccination program will help us win this fight against Covid-19,” Chan said.

The ribbon cutting ceremony of the new vaccination which is in partnership with the DOH and the Lapu-Lapu City Government was held on Friday, July 23.

“We want to be part of the solution. Definitely, the problems of the country is much greater than all of us and we need all hands on deck. It means whatever we can contribute, whether it’s space or food, we will do so in order for all of us to go back to normal,” Gatchalian said.

The new site catered exclusively to senior citizens and used the vaccine brand, Johnson & Johnson by Janssen Pharmaceutical Companies when it opened on Friday. (JOB)