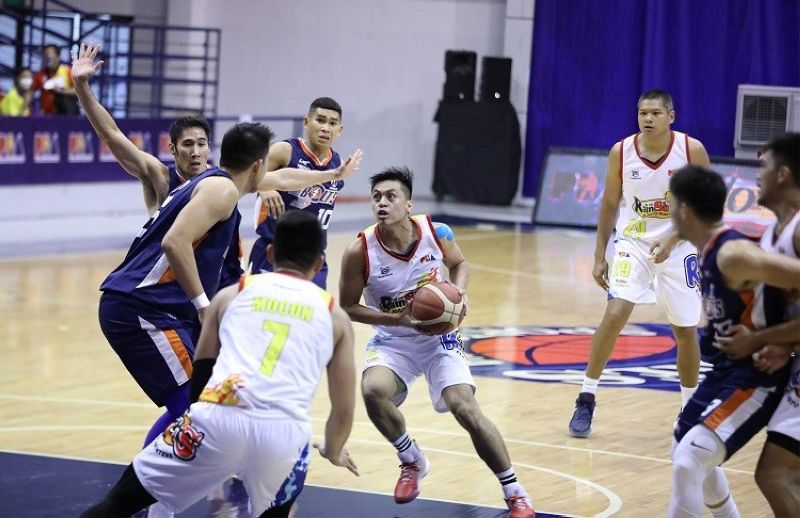 MANILA. Rey Nambatac was his usual productive self for Rain or Shine against Meralco. (PBA)

THE Rain or Shine E-Painters grabbed the solo lead in the standings after they took down the Meralco Bolts, 85-72, in the 2021 PBA Philippine Cup Saturday, July 24, 2021, at the Ynares Sports Arena in Pasig.

The win was Rain or Shine’s third in as many outings and it came to be thanks to the efforts of big man Beau Belga, who sparked their breakaway in the second canto. Down by five at the end of the first, the E-Painters outscored the Bolts, 55-37, in the next two quarters to erect a 68-55 lead heading to the last canto.

Javee Mocon led Rain or Shine with 18 points, six rebounds and six assists while Belga finished with a double-double of 17 points and 10 rebounds. Norbert Torres and Rey Nambatac finished with 11 points apiece.

Chris Newsome led Meralco with 13 points while Raymond Almazan added 10 points. However, the rest of the Bolts could not find their energy with Mac Belo scoring just four and Bong Quinto finishing with just seven on a horrendous 2-of-16 shooting clip.