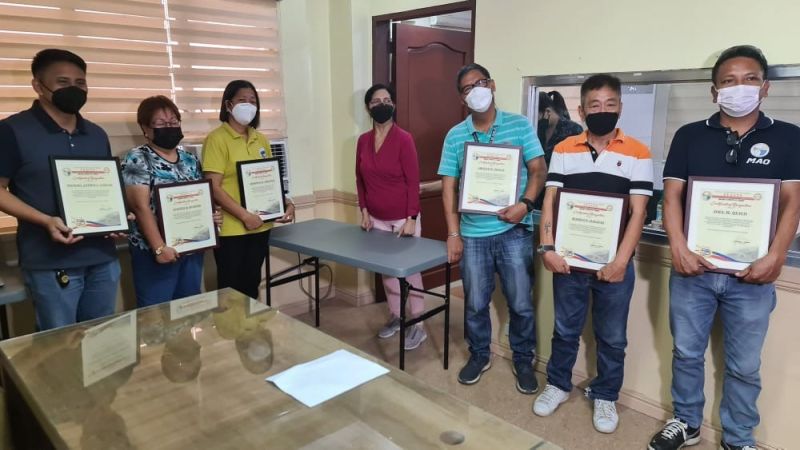 EMPLOYEES of the local government of San Simon, Pampanga were recently received award for their resilience in delivering public service under the Program on Rewards, Awards, and Incentives for Service Excellence.

Acting Mayor Leonora Wong lauded the patience and professional resilience of the six employees who continued to serve Simonians amid the challenges they faced in the workplace.

"Due to the political situation in our town, some employees have become collateral damages in the process and suffered the aftermath but our awardees today still we able to patience and professional resilience in the performance of their duties and responsibilities," Wong said.

During the awarding ceremony, each of the six employees received certificate of recognition and P50,000 cash reward.

The recipients expressed gratitude to Wong for recognizing their efforts and sacrifices in the name of public service.

"The past year has been very challenging for us but we continued to serve the people and do what was expected from us and to receive such recognition is nothing but overwhelming," said Romero.

Since she assumed the local chief executive post, Wong has been advocating for resilience among local government employees to ensure the continuous delivery service to Simonians.

"The political situation in our town is not as smooth as the others so employees must really be resilient and continue to perform their jobs whoever the leader is because our vow is to serve the people and our town," she said.