Bzzzzz: ‘Dakong buhi ang mayor,’ says Casas. Rumor on Labella’s health and Rama’s call for family to clarify slammed. ‘Is Mike in a hurry?’ Daluz as the third man in 2022. 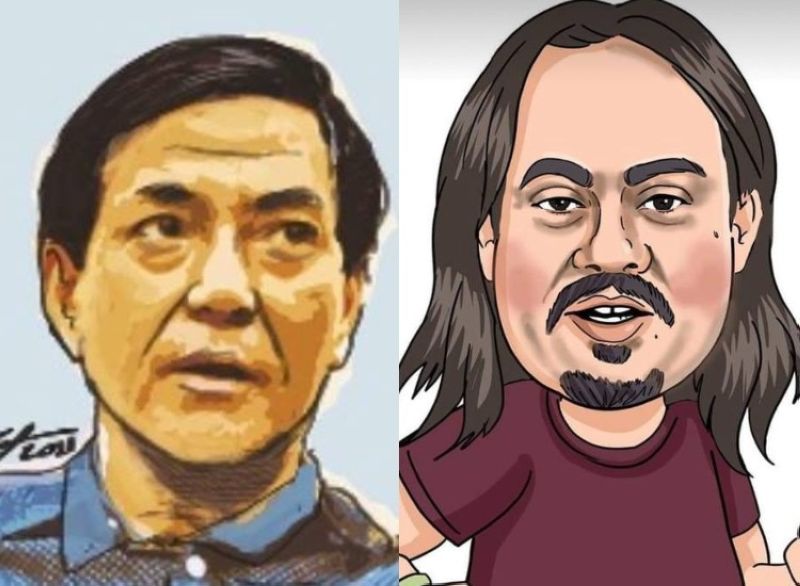 THE interesting bit in the stream of rumors from the administration camp in Cebu City politics is that Jose Daluz III, chairman of the Metropolitan Cebu Water District (MCWD) board of directors and former city councilor, might run for city mayor. City Administrator Floro Casas Jr. posted a sketch of Daluz running, which lends some credence to the “chika.”

That could become a reality though only if Acting Mayor Mike Rama would break out from a supposed agreement among Barug party members (as side activity at the PDP-Laban national assembly last July 18 and 17 in Clark, Pampanga). The agreement would have Rama as mayor and Councilor Raymond Garcia as vice mayor.

Collapse of the Clark Pact could mean Rama still running under a depleted Barug, with several party stalwarts seeking election under a third force, an alliance of Kusug and Panghiusa, two local parties that were revived apparently for such a breakup. The splinter group though would have the blessing of the national PDP-Laban, represented locally by the leadership of Presidential Assistant for the Visayas Michael Dino. Still with Rama’s breakaway, a third force would hurt the chances of Rama – and Daluz or Councilor Garcia, who is also named as probable administration timber for mayor.

Casas had to keep repeating that Mayor Labella was “still in the hospital, recuperating from pneumonia.” The problem is that Casas is not the doctor. He didn’t even quote one when he pronounced, “OK ra man kaayo si mayor.” He said the story was being concocted (“naghimo-himo istorya...”).

Meaning, Rama knows Labella is recovering but he knows more than that, which Rama apparently does not want to say and wants the family to say. Some members of the Labella family have reportedly spoken out on social network (on their own or through friends) but the information they give was the same news City Administrator Casas gave.

They could learn from a page in former mayor Tomas Osmena’s playbook when he had cancer. He admitted it, with doctor’s certificates confirming what illness he had and, later, no longer had. Osmena accepted the public’s right to know: he told them he sought treatment in Houston, Texas and underwent surgery for his “stage IV urinary bladder cancer.” A statement from Mayor Labella’s doctors may be more convincing than a statement from family members.

SOME critics of Vice Mayor Rama say he must be in a rush to replace Mayor Labella in a regular capacity.

As acting mayor, the vice mayor automatically exercises the duties and functions of the local chief executive except the power to appoint, suspend or dismiss employees, which can only be exercised if the period of incapacity exceeds 30 working days. That rule was laid down by President Duterte in an administrative order (#15, dated December 13, 2018).

An acting mayor serving a few days now and a few days then does not have authority over erring employees and more: he cannot follow through with what he does. A recent example was his ultimatum given to garbage contractor Docast, which Rama gave when he was acting mayor but was explained when Labella returned. (Only a new medical leave enabled Mike to continue handling the complaint against Docast.) In an interview with broadcaster Elias Baquero on dyRC radio Saturday, July 24, Rama briefly deplored the lack of continuity for an acting mayor to act on a problem.

The other consideration, which Rama or any other acting mayor in his place might take, is that as regular mayor he could use the advantage of an incumbent mayor planning reelection in less than a year. Is he in a hurry? He won’t admit it. But no politician is not in a perpetual rush.

Cebu City Councilor James Anthony Cuenco’s house was burglarized Wednesday night or Thursday dawn, July 21-22 and reported the loss of a pair of pants and a wallet containing P25,000 cash.

[] “The pants must have been expensive and the robber knew it, otherwise he just took the wallet.” “Does that tell anything about the waistline and height of the robber?”

[] “Why would the councilor have so much cash in his wallet? Has campaigning already started?”

[] “He’s chairman of the oversight committee. Can he see any lapses about security in his own house or the way the police enforce peace and order?” {He did complain that the curfew was not being implemented strictly in Guadalupe.)