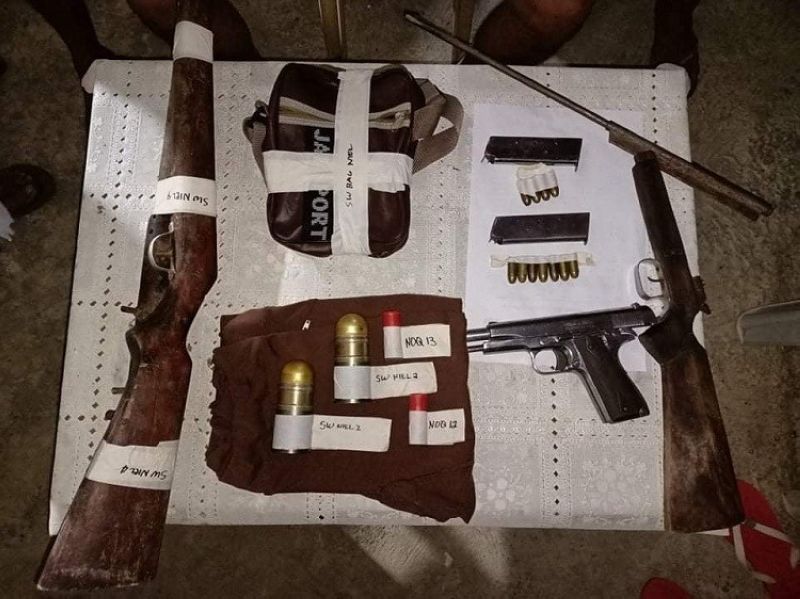 A 51-YEAR-OLD slaughterhouse administrator in Malay, Aklan is in hot waters after police operatives confiscated from his residence a cache of firearms and ammunition.

"We thank the community for their trust in our PNP (Philippine National Police) in sharing their series of information to ensure peace and order in the town of Malay," De Dios told this writer in an interview.

"Currently, our investigator is preparing charges of illegal possession of firearms and explosives against the suspect," De Dios added.