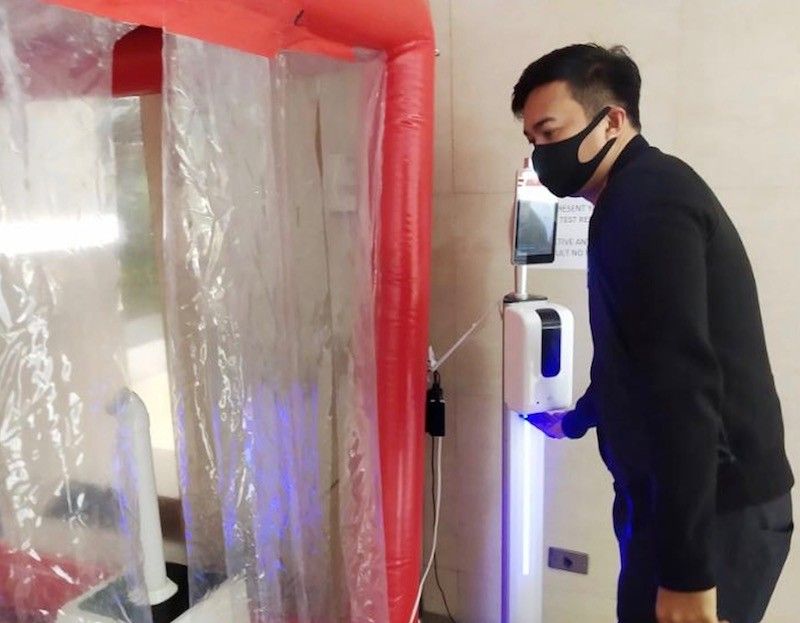 AROUND 400 guests who tested negative for coronavirus disease 2019 (Covid-19) will be physically present inside the Batasang Pambansa’s Batasan Hall to witness the final State of the Nation Address (Sona) of President Rodrigo Duterte on Monday, July 26, 2021.

The entire Batasang Pambansa complex in Quezon City has gone into strict lockdown.

“Strict security and health restrictions are in place to ensure the safety of the President, members and staff of Congress and other invited officials and guests throughout the activity,” House of Representatives Speaker Lord Allan Velasco said after conducting final inspection Sunday, July 25.

Special identification cards are issued to essential congressional staff and Sona attendees, who must present their vaccination cards as proof that they are fully vaccinated as well as negative results of their RT-PCR and antigen tests prior to entering the buildings inside the complex.

The flow of traffic within and around the Batasan complex are controlled with police barricades and checkpoints, keeping all vehicles, except the most essential, off the key streets around the complex.

Presidential Communications Secretary Martin Andanar said the Sona will be livestreamed at the Malacañang for a wider audience composed of Cabinet officials and diplomats.

Before the speech proper, a documentary entitled “Ang Pangulo” will be aired over state-owned PTV and other government media platforms.

“Design inspirations from Mindanao will be incorporated in delivering and focusing on the Duterte administration’s heirloom legacies,” said Andanar.

“With our last year in the Duterte administration, we will ensure that this year’s Sona will be etched in the hearts and minds of the Filipino people that we’ve worked hard to serve,” he added.

Velasco also inspected Sunday the exhibits and a multimedia installation that were set up as part of the tribute to Duterte by the 18th Congress.

The exhibits at the north and south portions of the plenary hall highlight the President’s landmark legislations and reform programs during the past five years.

A multimedia installation will receive the President as he makes his way to the plenary. Fronting the installation is a vessel which is an amalgamation of iconic Mindanaoan motifs such as the kulintang, torogan, sarimanok and balangay.

Featured on the multimedia canvas are testimonials and messages of gratitude from Filipinos who benefited from the President’s landmark reforms.

Earlier, Velasco said they laid out plans to highlight the legislative accomplishments of the Duterte administration that made significant contributions to education, labor, peace and development and the economy.

Velasco said there were a lot of key legislative measures enacted under Duterte’s leadership to help address and cushion the socioeconomic impact of the ongoing public health crisis, such as the Bayanihan laws and Covid-19 Vaccination Program Act. (Third Anne Peralta-Malonzo / Marites Villamor-Ilano)