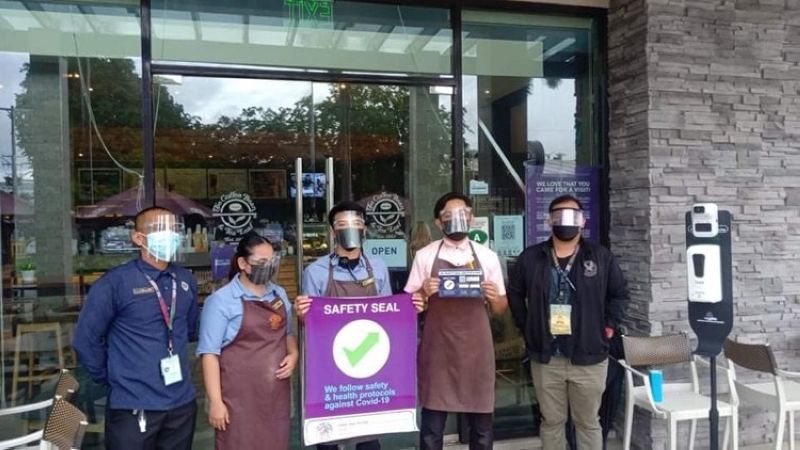 SAFETY SEAL. The Coffee Bean and Tea Leaf along the LausGroup Boulevard at the LausGroup Complex, Jose Abad Santos Avenue in the City of San Fernando received its Safety Seal from the city government over the weekend. (Contributed photo)

The Safety Seal came after CBTL has been found compliant with the minimum public health standards (MPHS) set by the government and after passing the necessary assessment and inspection.

“The Safety Seal is given by the Department of the Interior and Local Government, Department of Health and different agencies to establishments who follow safety protocols against Covid-19," said City Health Officer In-charge and Incident Commander Dr. Carlos B. Mercado.

The seal also aims to strengthen the contact tracing initiative of the local government to effectively contain the spread of the coronavirus.

“With this seal, we also encourage the establishments to adopt the StaySafe.ph digital contact tracing application," he added.

The Safety Seal is valid for six months from the date of issuance, except for those issued to tourism enterprises which shall be valid for one year.

The Safety Seal assures consumers and the public in general of CBTL's compliance with minimum public health standards. (JTD)