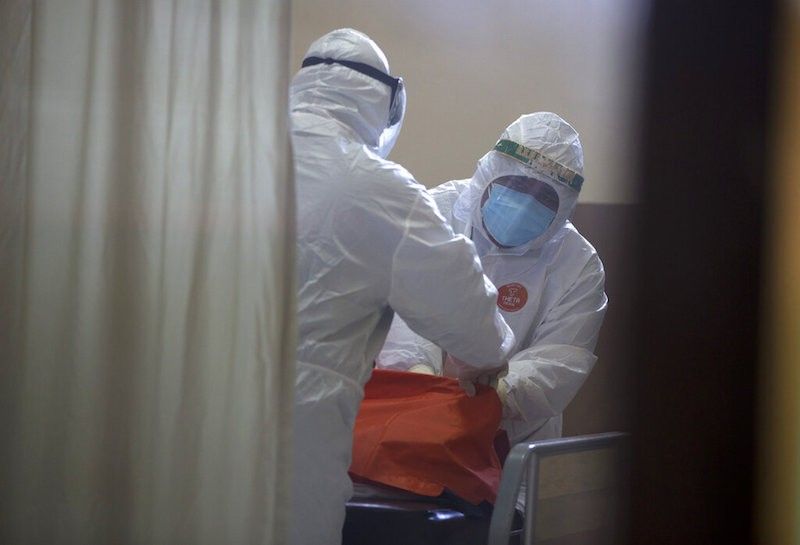 INDONESIA. Health workers place the body of a Covid-19 victim in a body bag in Denpasar, Bali, Indonesia on July 15, 2021. The world's fourth most populous country has been hit hard by an explosion of Covid-19 cases that have strained hospitals on the main island of Java. (AP)

THE University of the Philippines Philippine Genome Center (UP-PGC) has detected over 300 additional cases of coronavirus disease 2019 (Covid-19) caused by variants of concern, including 55 more cases of the highly contagious Delta variant.

Of the 37 local cases, 14 are from Calabarzon, eight from Northern Mindanao, six from the National Capital Region (NCR), six from Central Luzon, two from Davao region and one from Ilocos region.

These were the first cases detected in Davao and Ilocos regions. Delta cases were recorded earlier in the other regions.

One patient died, bringing the death toll from the Delta variant in the Philippines to four, while 54 cases have been tagged as recovered.

As of July 25, the Philippines has detected 119 cases of Delta.

The Delta variant, which emerged in India, is causing exponential increases in Covid-19 cases and crushing healthcare systems in several countries.

It can infect up to eight people, making it the most contagious among the variants of Sars-CoV-2, the virus that causes Covid-19.

There were also nine cases with the P.3 variant, formerly known as Theta which emerged in the Philippines but has been downgraded to the list of variants with alerts for further monitoring by the World Health Organization (WHO).

The 179 additional Beta cases brought the total Beta cases in the Philippines to 2,019. The Beta variant developed in South Africa.

Four are ROFs, 168 are local cases and seven are being verified.

One patient died. Two remained active cases while 175 have been tagged as recovered.

The 94 additional Alpha variant cases brought the total Alpha cases in the country to 1,775. The Alpha variant, which was first detected in the United Kingdom, can infect four to five people.

Of the 94 newly detected cases, 87 are local cases, one is an ROF and six are under verification whether local or ROF.

Two patients died. One remains active and 91 have been tagged as recovered.

The additional P.3 cases are all local cases and have all been tagged as recovered. There are now a total of 244 P.3 cases in the country.

As of July 25, the UP-PGC has conducted whole genome sequencing on 9,351 samples, which constitute 0.6 percent of the 1,548,755 confirmed Covid-19 cases in the country. (Marites Villamor-Ilano / SunStar Philippines)