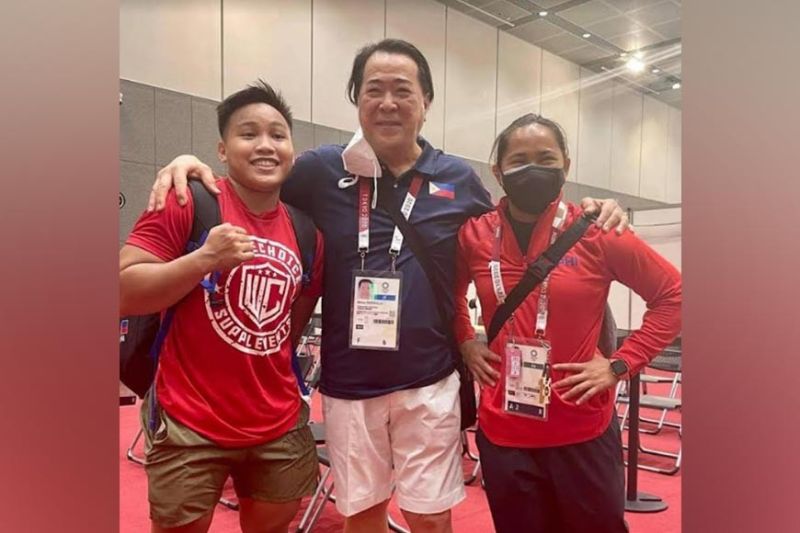 SAMAHANG Weightlifting ng Pilipinas (SWP) president Monico Puentevella has assured that his team will deliver one more medal for the country in the Tokyo Olympics.

Puentevella’s prediction as 2016 Rio Olympics silver medalist Hidilyn Diaz, 30, and Elreen Ando, 22, will lift weights for the Philippines in Tokyo.

“If lucky, maybe two. Hidilyn [Diaz] will become the most-bemedalled Olympian in Philippine history as she is going on her fourth stint in the Olympics,” he stressed.

Puentevella said given Diaz will be healthy during the competition, she would win a silver or bronze if the gold medal will still be elusive since the Zamboanga-pride is currently No. 2 in the world. He also added to watch out for Ando, whom he was looking forward to being part of the Olympics in 2024. However, unexpectedly, Ando qualified as early as the Tokyo Olympics.

Comparing Diaz’s performance during the last Rio Olympics, Puentevella thinks they are better prepared for the Tokyo Olympics. He said Diaz already has a nutritionist and a Filipino and Chinese coach.

Diaz is competing for the women’s 55kgs at the Tokyo International Forum, while Ando is set to lift Tuesday.

On the other hand, after scoring a unanimous decision victory against Congo’s Marcelat Sakobi Matshu on the opening day, Nesthy Petecio will be facing former world champion and the top seed Chinese Taipei’s Lin Yu-Ting in the Round of 16 in the women’s featherweight division (54 to 57-kg) of the Summer Olympic Games’ boxing at the Kokugikan arena.

Meanwhile, at press time, another Filipina fighter Irish Magno is taking Christine Ongare of Kenya in the preliminary round of the women’s flyweight division.