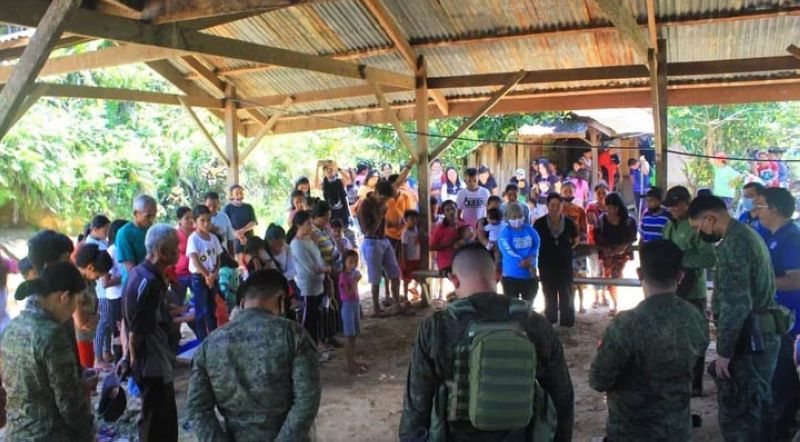 ZAMBOANGA. The Technical Education and Skills Development Authority (Tesda) commits to install solar-powered charging station and internet access during an inter-agency visitation in Sitio Malagac in Guinoman village, Diplahan, Zamboanga Sibugay province. A photo handout shows members of the inter-agency team in a dialogue with the residents in Guinoman village. (SunStar Zamboanga)

THE Technical Education and Skills Development Authority (Tesda) has committed to install solar-powered charging station and internet access to a remote community in the province of Zamboanga Sibugay.

The 44IB said in a statement that the Area Visitation and Community Consultation were conducted to fully address the problems of insurgency by consulting the local populace on their issues and concerns and by bringing development to the Geographically Isolated and Disadvantaged Areas (Gidas), which are previously affected by the presence of the communist New People’s Army (NPA) terrorist.

Malagac is a far-flung sitio in Guinoman village that needs interventions from the government such as basic services, livelihood programs, electrification and infrastructure.

The inter-agency visitation is a whole-of-nation approach under Executive Order No. 70 (End Local Communist Armed Conflict), the 44IB said.

Meanwhile, the 44IB sustain its support to PTF-Elcac Sibugay programs to uplift the living condition and quality of life of previously NPA-affected communities amidst the health pandemic.

The 44IB said it will remain responsive and professional troopers respected and supported by the people of Zamboanga Peninsula. (SunStar Zamboanga)