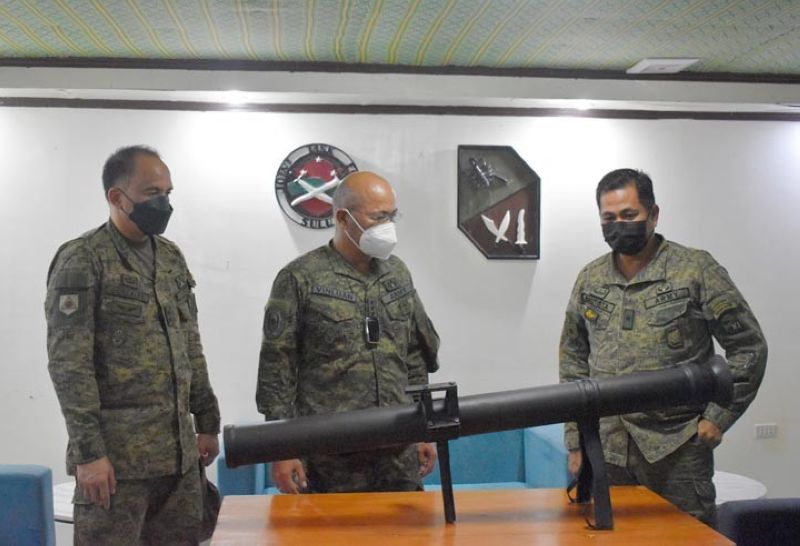 “Synergy among our Joint Intelligence Task Group, 1101st Infantry Brigade, and the residents of Barangay Lumping Pigi Daho is what made it possible,” Gonzales said.

An Abu Sayyaf bandit was killed and a terrorist lair was overrun by the Scout Rangers recently at Bud Daho, Talipao.

The "bazooka," which turned out to be a 90-mm anti-tank recoilless rifle, weighs about 17 kilograms (kg) when empty and more than 21 kgs. if loaded with ammunition.

Lieutenant Colonel Eduardo Castillo of the 11th Military Intelligence Battalion pointed out the anti-tank weapon's dangerous capability, which prompted the intelligence community to join efforts for a multi-domain intelligence-driven search.

Castillo said the weapon, which requires three crew members to operate, could be fired in rapid succession to guarantee destruction of the target up to about two kilometers distance.

A number of Lumping Pigih Daho villagers volunteered to join military forces in scouring the area that made the task less like looking like a needle in a haystack.

“The proactive participation of the people of Talipao led by their local chiefs is truly remarkable. This just goes to show that mutual trust and friendship is what will bring terrorism to its end,” said Gonzales, who is also the 11th Infantry Division commander. (SunStar Zamboanga)