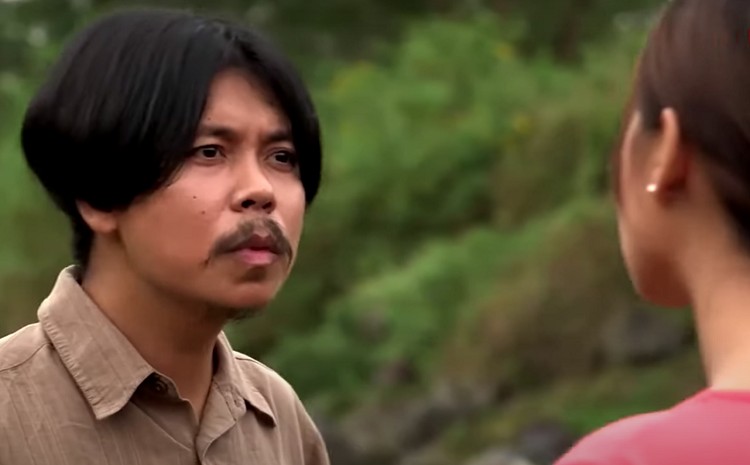 I USED to freelance as an event photographer for TV5 years back when they had their promotional tours here in Davao. I was able to meet friendly and funny Empoy Marquez, who was then promoting his sitcom Mac and Chiz which he starred alongside Derek Ramsey and directed by 2014 Mindanao Film Festival juror Jade Castro.

Got to meet Empoy again as he is in the cast of a TV5 drama-comedy series Niña Niño alongside Maja Salvador (Niña) and Noel Comia (Niño). Maja and Noel play siblings con-artists who meet a life-changing encounter. The TV series is directed by Thop Nazareno who helmed the 2017 Cinemalaya film Kiko Boksingero.

During the media online meet-up, Empoy was again in his funny self when asked how it was working with Maja Salvador. In his deadpan manner, he said he was concerned that the beautiful Maja Salvador would fall for him in real life.

Way back when we were starting the Mindanao Film Festival, there was a running joke about filmmakers going to Cannes. We would say Where in Cannes? Pantucannes (Pantukan) or Panacannes (Panacan).

Well, that distant dream of joining Cannes Film Festival will soon be the thing of the past as with the support of the Film Development Council of the Philippines (FDCP) several filmmakers/ film production outfits from Mindanao joined Cannes this year on both onsite and online platforms.

Thirty-two other Filipino production companies were in Marché du Film. Held from July 6-15, the Marché du Film is the business side of the prestigious Cannes Film Festival where film industry professionals gather to discover new film projects and gain experience from one of the biggest film markets in the world.

“The market itself was outstanding, albeit intimidating at first. We had to learn a few platforms where we could watch talks, set up meetings, and watch screenings. I have never been to Cannes before, so in the few films I watched, I kind of got the sense of the identity of the festival,” says Keisha Halili who co-owns and manages Micromedia along with her partner renowned Dabawenyo cinematographer McRobert Nacario.

Hopefully, we could see more Mindanaoan films and companies participating in Cannes and other top-tier film festivals.