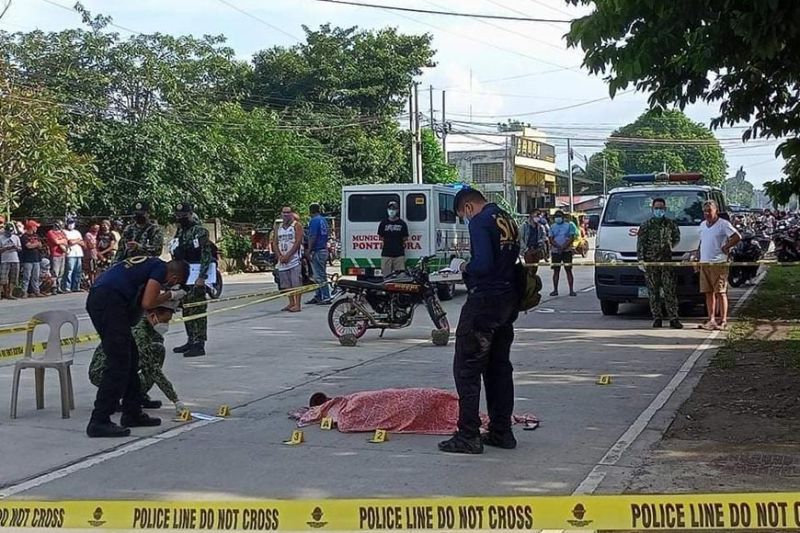 PONTEVEDRA. A 48-year-old mother was shot dead outside her sari-sari store in Purok Perez, Barangay 2-Poblacion, Pontevedra on July 24 by an unidentified motorcycle-riding suspect. (Contributed photo)

A 48-YEAR-OLD mother was shot dead outside her sari-sari store in Purok Perez, Barangay 2-Poblacion, Pontevedra on July 24, 2021, by an unidentified motorcycle-riding suspect.

The victim was identified as Malaurie Pagunsan, who was a resident of the place.

Police Captain Hancel Lumandaz, chief of police of Pontevedra Police Station, said the victim was opening her sari-sari store with her 18-year-old son when they noticed a man standing and suddenly shot the victim.

Not contented, the said suspect came nearer and shot the victim again at close range that caused her instant death.

Lumandaz said based on their investigation, the motive of the killing may have something to do with unpaid loans as the victim was reportedly facing an estafa case.