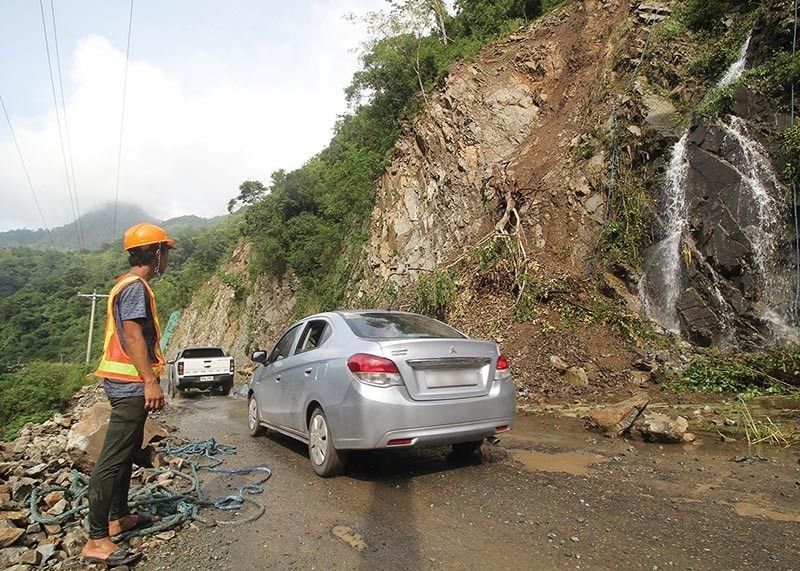 BAGUIO CITY – The Department of Public Works and Highways in the Cordillera Administrative Region (DPWH-CAR) on Sunday advised motorists of road closures in some parts of the region due to landslides, rockslides, collapsed portions, and damage on bridges.

In a situation report, the DPWH-CAR said Kennon Road is still closed to the public except for residents near the area, while a portion near Camp 5 in Tuba, Benguet has one lane passable.

The department also said a portion of the Baguio-Bontoc Road in Sabangan, Mountain Province was closed due to damage at the approach of Busa Bridge.

Motorists going to Bontoc and Sagada are advised to take the Abatan-Maba-ay Road as an alternative.

On the other hand, the Shilan-Beckel Road has one-lane passable due to continuous soil collapse in one section. This is an alternate route from the Benguet Vizcaya Road to La Trinidad without the need to pass Baguio City.

Also, one lane is passable for light vehicles at the Asin Nangalisan-San Pascual Road -- an alternate road from Tubao, La Union to Baguio City -- due to damage at the approach of Irisan Bridge caused by rockfall.

Meanwhile, the Benguet-Nueva Vizcaya Road along Bokod town has several one-way portions due to landslides. Among them are two areas at Sitio Yapas in Barangay Bobok-Bisal. This road links Baguio City to Nueva Vizcaya in Region 2.

There are also three portions of the Benguet Vizcaya Road in Barangay Poblacion which were declared one-lane passable only.

Likewise, a portion of the Cong. Andes Acop Cosalan Road in Buguias, Benguet and two sections of the road in Amlimay and Sebang villages that connects the town to Kabayan and the Benguet-Vizcaya Road are one-lane passable. Buguias is the source of about 60 percent of the country's highland vegetable requirement.

The Balbalan-Pinukpuk Road in Kalinga also has a one-lane passable due to soil and rock collapse.

In Malibcong, Abra, four areas of the Abra-Kalinga road have been punched through and are now one-way passable. Motorists are advised to take the Abra-Ilocos Sur Road-McArthur Highway-Maharlika Highway.

The DPWH-CAR said it is exerting all efforts to clear and repair these roads to prevent delays in the transport of people and goods while also considering the safety of the public and their personnel. (PNA)