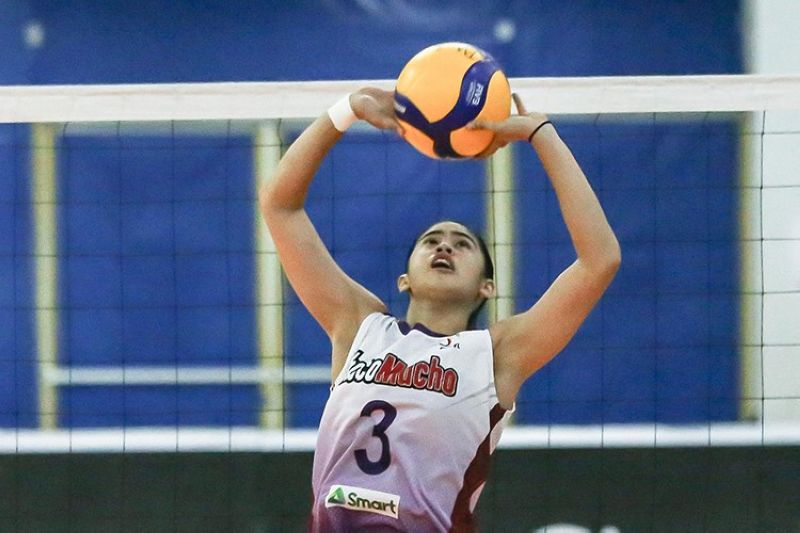 The Choco Mucho Flying Titans captured their third win in a row after defeating the debuting Perlas, 25-23, 25-20, 25-20, in the Premier Volleyball League Open Conference at the PCV Socio-Civic Cultural Center in Bacarra on Sunday night.

The Flying Titans fought off the Spikers in a tense finish in the opening set with Cebuana Deanna Wong completing a 1-2 play that allowed the former to escape after the latter pulled within, 23-24, on Nicole Tiamzon’s back-to-back hits.

Choco Mucho controlled the second frame, 17-10, then scored on three Perlas’ service miscues to cruise to victory. It was more of the same in the third although Perlas threatened at 18-19 before Choco Mucho got their acts together and finished off their opponents.

But the Purest Water Defenders needed to check a late meltdown to squeak out the victory and get back into the mix after dropping a four-setter to the Black Mamba Army Troopers last Tuesday.

Looking for a great finish after battling back from a set down, winning the next two and storming to a 21-12 lead in the fourth, the Water Defenders yielded 10 of the next 12 points on miscues and the HD Spikers’ key hits, pulling the latter within a point. But Grazielle Bombita powered in a kill over two defenders after her first attempt was foiled and Satriani Espiritu dashed the HD Spikers’ rally with an ace.