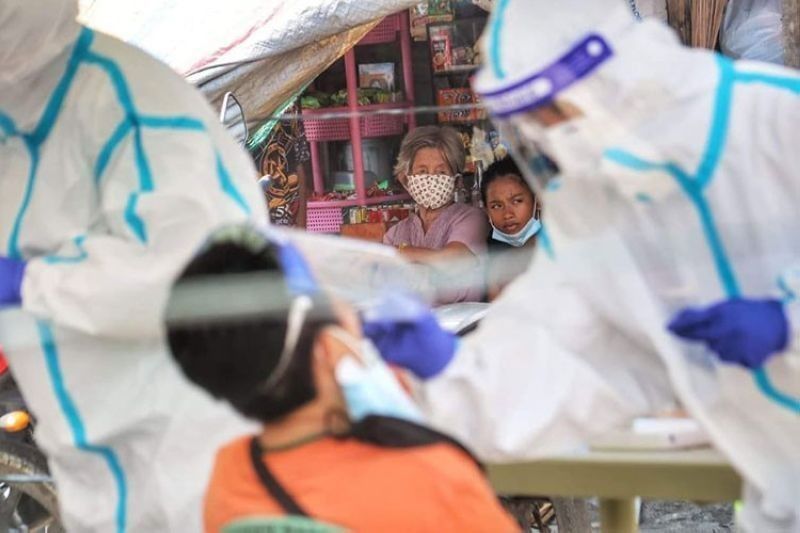 "I hope it will not go any further but if something wrong happens, I'll have to be strict," Duterte said in another ad-lib during his final State of the Nation Address (Sona) on Monday.

He said he will have to wait for the recommendation of the Inter-Agency Task Force (IATF) for the Management of Emerging Infectious Diseases, the government's policy-making body on coronavirus disease 2019 (Covid-19) pandemic response.

The Department of Health (DOH) said 119 Covid-19 cases with the Delta variant have been detected in the country, specifically in the National Capital Region, Calabarzon, Northern Mindanao, Central Luzon, Davao and Ilocos.

On Monday, the Quezon City Government confirmed that a returning overseas Filipino (ROF) worker from Saudi Arabia tested positive for the Delta variant.

On June 28, while he was in the Makati hotel, he experienced a slightly itchy throat. He was swabbed on June 30.

He was tagged as recovered and allowed to go home to his family on July 11.

In a statement, the DOH said the Quezon City Epidemiological and Surveillance Unit (CESU) was informed Sunday evening about the genome sequencing result on the ROF's sample.

The CESU made arrangements for another round of swab tests on the ROF and his close family contacts on Monday, the DOH said.

"We are doing extensive contact tracing on his close contacts just to make sure," CESU head Dr. Rolly Cruz said.

The CESU is coordinating with another local government unit (LGU) because a male factory worker residing in that LGU but working in Quezon City contacted the Delta case.

The CESU has been conducting contact tracing and swabbing at the factory. The DOH statement said the factory worker experienced shortness of breathing, colds, fever and sore throat on July 4.

He tested positive the day after and was admitted to the Philippine General Hospital on July 5. He was discharged on July 18.

His pregnant wife also tested positive for Covid-19 on July 9. She was asymptomatic. She tested positive again on July 17. Both are staying at a quarantine facility until the end of the month.

Quezon City Mayor Joy Belmonete said they have put in place "extensive measures in preparation for the Delta variant" to contain its possible spread.

"What is important is that we are intensifying testing and aggressive contact tracing," Belmonte said. (Marites Villamor-Ilano / SunStar Philippines)