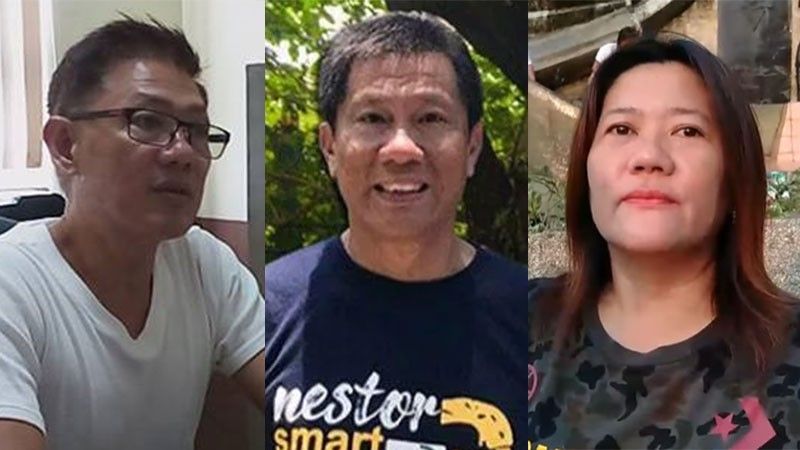 DPS WANTS MORE MONEY. Grace Luardo of Cebu City's Department of Public Services justified at the City Council budget hearing Friday (July 23) its request for an additional P100 million, on top of the P402 million allocated to pay for garbage collection this year.

Luardo told the budget hearing presided by Majority Floor Leader Raymond Garcia, finance committee chairman, that DPS is left with only P27 million to cover the remaining six months of the year.

WHAT HAPPENED BEFORE. [1] The Cebu City Government allotted P402 million to pay for the hauling of the city's garbage for one year. Six months into the year, more than P200 million was already spent, DPS chief Atty. John Jigo Dacua last June told the City Council.

[2] The contractor, Docast Construction/JJ & J Construction and General Supply had been sent a second letter rejecting its explanation for failure to meet major terms in the purchase order covering the hauling service. It was not yet known how Docast responded to Acting City Mayor Michael Rama's "ultimatum," announced before the Sanggunian last July 16. Rama's first letter, a show-cause order, was dated June 28, when he was also acting mayor.

[3] The complaints against Docast were compounded by the refusal of ARN Central Waste Management Inc. owner of the landfill to which the garbage was being dumped, to accept any more trash until the hauler pays its bills.

DPS AND FUND SHORTFALL. When DPS chief Dacua was asked at the City Council last June 30 as to how the remaining money could cover the garbage collection for the rest of the year, he said they'd manage, using the Cebuano-Bisaya phrase for coping with hard times. He didn't request specifically for more money but suggested the Sanggunian could help. Then, DPS filed the request for P100 million more.

In last Friday's budget hearing, Minority Leader Nestor Archival asked Luardo how DPS would manage with only P27 million for the next half of the year. Her answer: "Paninguhaon lang." (We'll just try.)

Nobody asked how DPS would do that. The suspicion is that the numbers in garbage collection could be manipulated -- or they'd keep the un-hauled garbage at the transfer site as leftover ("bahaw") until next year's money comes.

[1] Accusation of bloating the numbers in the heavy volume of garbage claimed to have been hauled by Docast, running into more than a thousand tons daily (from an earlier average of only 360 tons) in most of the first half of this year.

[2] Payment to Docast for garbage hauled by DPS and the barangay collection units at P1,800 per ton. In other words, Docast allegedly has been profiting from resources of the City Government.

[3] The P402 million deal with Docast being covered only by a P.O. and not a contract reviewed by the Sanggunian.

Councilor Archival told DPS's Luardo the high volume of recorded trash and the payment to Docast for work done by DPS and barangays are anomalous ("dakong tinonto"). Councilor Eugenio Gabuya Jr. said the problems could've been avoided had the City Council gone over the contract or, at least, the P.O.'s terms of reference.

The problem is that both councilors didn't have the papers to prove their accusation. They must still rely on DPS and the contractor for records of deliveries. And DPS and the executive department don't seem unhappy with Docast's collection service.

DPS BLAMES 2020 HAULER. Luardo told the councilors she learned from an earlier meeting that Friday the cause for the garbage pile-up. The contractor for 2020, Luardo said, had left seven months worth of garbage, which caused the backlog that Docast had to remove in early 2021. She said that would explain the heavy volume of garbage that shrank the P402 million sum to P27 million.

Archival and Gabuya didn't buy the story but it could be checked. They could find out if last year's contractor actually left the "bahaw" and whether it collected the money despite the failure to do its job -- and, yes, why DPS had not known about it earlier and alerted high officials about the problem.

As to Docast's alleged unjust enrichment at the expense of City Government personnel and equipment, DPS's Luardo said that under the P.O. terms, payment is "integrated," "bale tanan sa Docast."

That, with the alleged multiple violations of Docast of the P.O.'s terms of reference -- from providing only 13 of 50 required trucks, not having a transfer site in the north and having a substandard transfer site in the north, to lack of a motor pool, among others -- should give reasons for suing the contractor. City Administrator Floro Casas Jr., however, said last July 3 there was no "compelling reason" to terminate the contract, "we need Docast more than ever," without waiting for Acting Mayo Rama's inquiry into alleged violations of the contractor.

The cost of hauling all that trash to the landfill will keep going up, unless the City Government meets requirements of segregating and recycling under the law -- aside from picking the right contractor and securing fair contract terms. The City Government already has failed in many areas; it does not does not have a master plan on solid waste disposal. Worse, it may have been shortchanged in its service contracts.

Pressed by Councilor Archival, DPS's Luardo said "Yes, Kons," they would revive pro-environment measures, including activation of a group on garbage collection in each barangay. The councilors couldn't see her face, being adequately masked, but she must have looked serious: she was asking for more money for DPS.