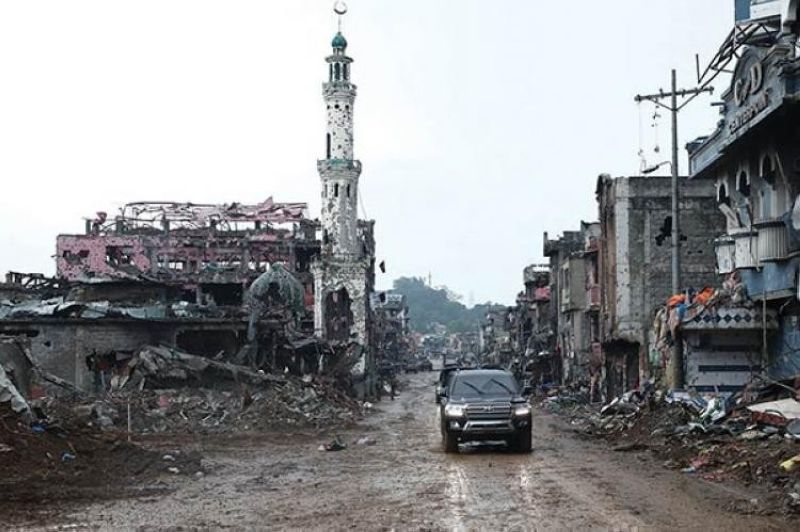 MARAWI, The city was devastated by the armed conflict between a terrorist group and government troops. (File)

"Rebuilding of Marawi is still not yet complete. To Task Force Bangon Marawi, we need to race against time," he said during his sixth and final State of the Nation Address on Monday, July 26, 2021.

"We need to put in the necessary work to rehabilitate the war-torn city and bring its families back home," he added.

Secretary Eduardo del Rosario, TFBM chairman, reiterated that they were on track in completing all infrastructure projects by December 2021. Rehabilitation of the city will be completed within Duterte's term, he said.

A total of 4,388 temporary shelters have been constructed and are now housing the families affected by the Marawi siege in 2017.

The Department of Education also continues to rebuild schools and provide support programs for the students and teachers in the war-torn city.

The DepEd said there were at least 9,000 students in the most affected areas in Marawi City.

Marawi City was devastated when the terrorist Maute group occupied it on May 23, 2017, prompting government troops to launch an attack to retake the city. The armed conflict lasted until October 23, 2017.

Over 200,000 residents were displaced as most of the structures in the city were flattened. (SunStar Philippines)