Negros Occidental execs give Duterte passing rate of 7 to 8 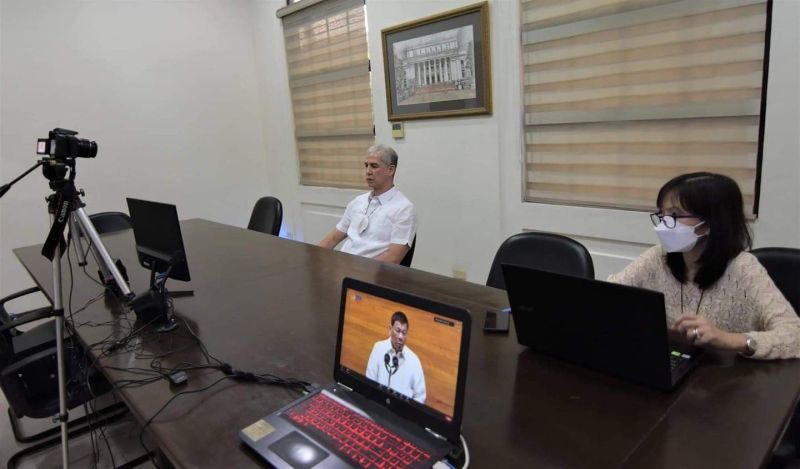 NEGROS. Governor Eugenio Jose Lacson gives Duterte a grade of "8," pointing out that it is difficult to address the problems brought by the Covid-19 pandemic, especially on the country's economy. (Contributed photo)

SOME top politicians in Negros Occidental gave President Rodrigo Duterte an above passing rate of 7 to 8 as he delivered his final State of the Nation Address (Sona) Monday, July 26, 2021.

Negros Occidental Governor Eugenio Jose Lacson gave Duterte's performance a grade of "8," pointing out that it is indeed difficult to address the problems brought by the Covid-19 pandemic, especially on the country's economy.

Lacson recalled that 2019, under Duterte's presidency, has been a good year for the country, but the gains the country had made were affected due to the worldwide pandemic.

Escalante gave Duterte a grade of "7 and a half," although he pointed out that this is "abnormal times" and it would be very difficult to compare him to past presidents.

Escalante also praised some of Duterte's works such as providing free Covid-19 vaccines and providing 13th month ERA for the local government units.

"He has a lot of achievements," Benitez said.

Benitez recalled some of Duterte's achievements such as the Universal Healthcare Program, and Free Tertiary Education.

"Those are landmark achievements that give benefits to the people," Benitez added.