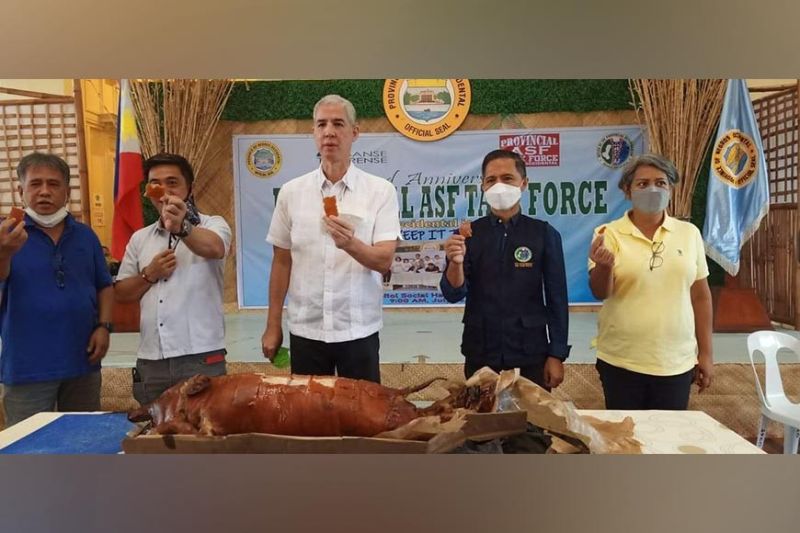 NEGROS Occidental Governor Eugenio Jose Lacson said Monday, July 26, that the province remained free of the African Swine Fever (ASF) amid outbreaks recorded in other parts of the country.

During the celebration of the anniversary of the creation of the province's ASF task force Monday, Lacson said that up to now, Negros Occidental has been successful in preventing the entry of ASF, therefore securing the province's pork supply and benefiting thousands of hog raisers in the province.

Due to the province remaining ASF-free and with a stable supply of pork, Lacson said Negros Occidental is again able to provide for the big markets in the country such as Metro Manila.

"You can really tell that the hog raisers are happy, the price is not too high, but it's not too low either," Lacson said.

Based on the report Lacson had obtained from his provincial veterinarian, Dr. Renante Decena, there is currently a growing number of backyard growers who are fast becoming commercial growers.

Lacson said the report shows that it is a good sign and that business is good, which increased their inventory to be considered as commercial raisers already.

The governor, however, said they must not be complacent as one mistake with the entry of ASF could be very difficult to control.

Lacson said he has ordered the ASF to make sure that no pork products from outside the province enter, especially those already tagged by the Department of Agriculture as "red zones."