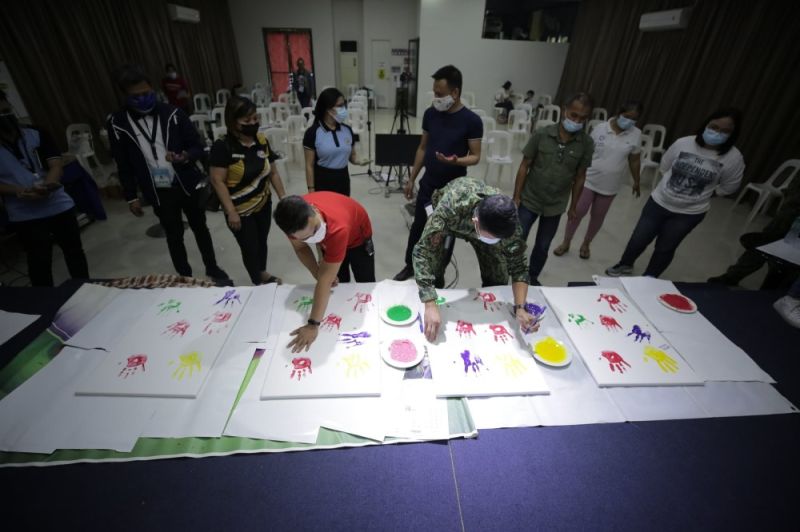 PLEDGE TO END HUMAN TRAFFICKING. Fernandino youth and authorities stamp their painted hands on a canvas marking the participants’ pledge to work with the city to end human trafficking. (City of San Fernando Information Office)

FERNANDINO youth from several villages in the City of San Fernando, Pampanga underwent a lecture on human trafficking on July 23, 2021, at a religious site in Barangay San Agustin.

Spearheaded by the City’s local committee on trafficking, child pornography, and violence against women and children, the conference featured speakers from the religious, peace and order, and public governance sectors.

The participants, mostly “disadvantaged” children and mendicants, were given insights on the causes and effects, cycle, victims and prevention of human trafficking.

The program ended with a ceremonial stamping of painted hands on a canvas, marking the participants’ pledge to work with the city to end human trafficking. (PR)