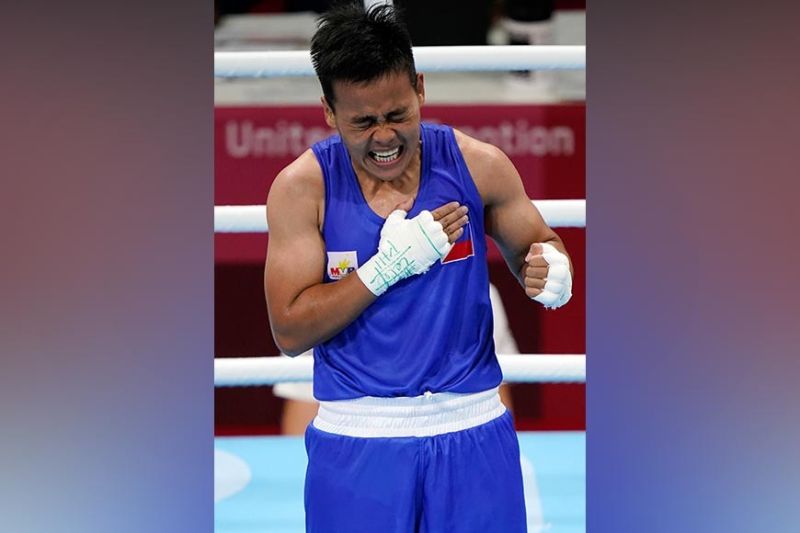 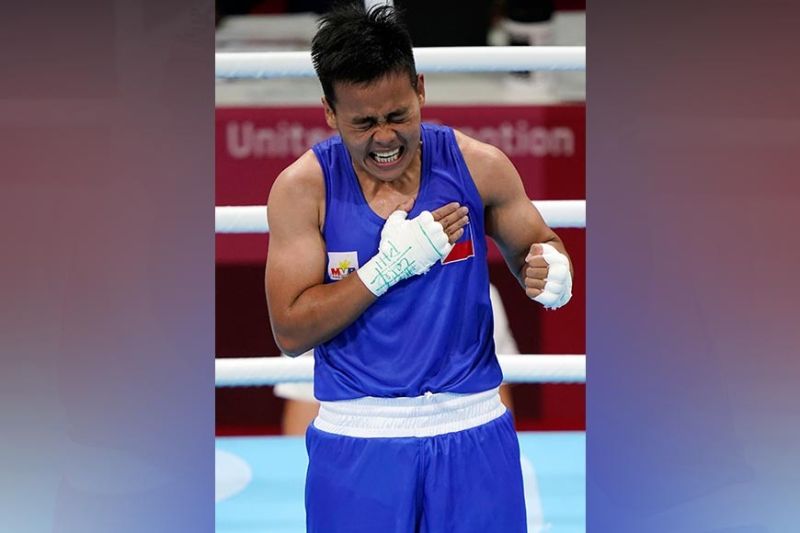 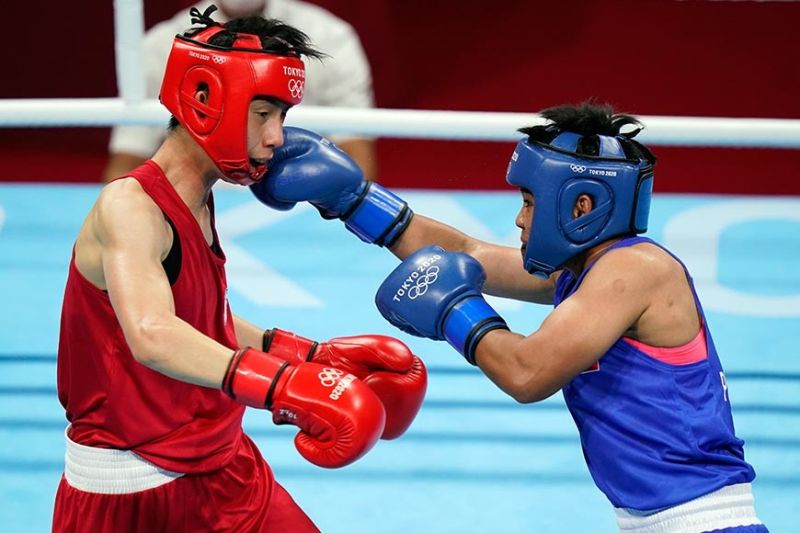 The 29-year-old Sta. Cruz, Davao del Sur native Petecio, who started her amateur boxing career in Davao City, escaped with a 3-2 decision win over Lin. She got the nods of judges Muhammad Arisa Putra of Indonesia, Yaroslav Renev of Russia, and Mohamed Besmi of Algeria who each scored the bout, 29-28, while two other judges Wilfredo Vazquez and Susann Kopke of Germany each gave her a 28, favoring her rival with a 29.

Petecio, in a Facebook Messenger chat interview, said it was but normal for her to feel some jitters.

"Always mana kulba, Ma'am. Mas okay magdula nga naay kulba kay mas maging abtik ka (Nervousness is always there. But it is better to play with some nervousness as it makes me more alert)," she said.

(I don't look at the ranking. Our rankings and achievements in the past could not be brought here as we are making new achievements and records. For me, you're a boxer, we both undergo training so it's a matter of playing smart and the fighting spirit.)

Coach Nolito Velasco, in a separate chat interview, became emotional after his ward pulled off with the huge win.

"Ako ang umiyak, Ma'am, sya konti lang (I cried more than her). Sabi ko lang sa kanya bantay-bantay lang at wag nang magpa-score (I just told her to stay alert and not to allow her opponent to score)," Velasco said, saying that Petecio and Lin fought each other for the first time.

(She's been challenging us since we won the gold in Russia and she settled for bronze after losing to the Russian who played us in the final.)

He was pertaining about Petecio's 2019 Aiba Women's World championship victory over Russian Liumila Vorontsova. The latter subdued Lin in a split decision in their semifinals.

Meanwhile, Petecio will meet Arias for the second time. It can be recalled that Arias defeated her via unanimous decision in the Round of 32 in the 2018 Aiba Women's World Boxing Championships women's featherweight division.

Philippine Sports Commission (PSC) Chairman William "Butch" Ramirez, who was with Philippine Olympic Committee (POC) President Bambol Tolentino in cheering for Petecio during her fight, said he's confident that the 2019 world champion will make it to the finals.

"Nesthy has a big chance for the finals when she beat the World No. 1 from Chinese Taipei. We expect her to reach the finals. And Carlo Paalam, too," the PSC chief said, adding that he made the loudest cheers for the Filipino boxers.

Ramirez said, "Critical ang presence namo unya dako kaayo akong tingog kung naay (Our presence was critical and I made my voice louder whenever there is) officiating favoring Chinese Taipei."

PSC Commissioner Charles Raymond A. Maxey, for his part, said, "I never doubted her heart. She is a born fighter. To win a boxing match in the Olympics is not easy, let alone bag the gold. Nesthy has to win three more fights to finally fulfill that dream. No matter what happens, the Filipino people are proud of our athletes."

Paalam also won via split decision over Brendan Irvine of Ireland, 4-1, in their men's flyweight Round of 32 collisions to advance to the Round of 16 opposite Mohamed Flissi of Algeria.

Over at the Ariake Sports Park Skateboarding, Margielyn Didal of Cebu City finished seventh in the women's street skateboarding event, which was topped by 13-year-old Japanese Momiji Nishiya.