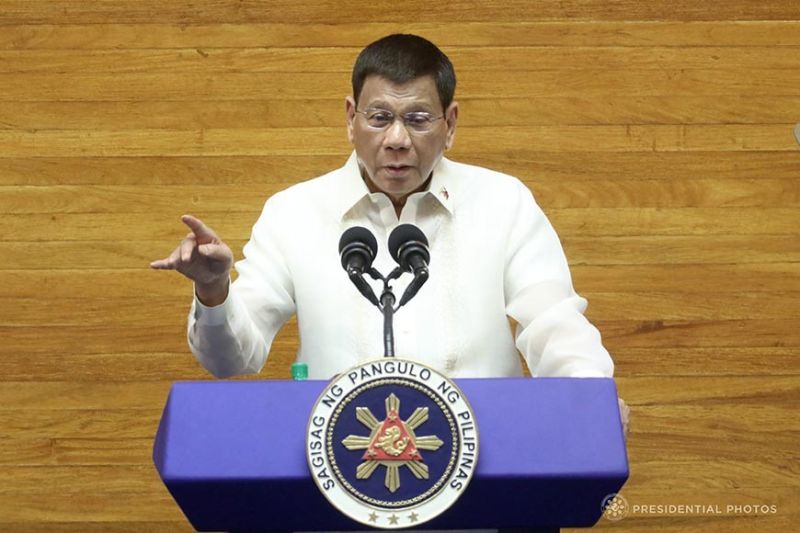 PRESIDENT Rodrigo Duterte said in his final State of the Nation Address (Sona) that Davao City will be the least priority in the big-ticket projects in the country.

On Monday, July 26, 2021, Duterte said he will prioritize other parts of the country in the infrastructure and transport modernization projects.

Duterte, a Davao City mayor for 20 years before he rose to presidency in 2016, told Dabawenyos to understand his decision.

Duterte, however, said the Davao City Coastal Road Project will be completed by 2023.

The project costs P28.26 billion, which is sourced from funds from the General Appropriations Act (GAA) and the Official Development Assistance (ODA).

The president’s statement came after he mentioned the improvements in the country’s transportation system, including the decongestion of Edsa, which he said paved the way for the end of the misery of the commuting public.

Duterte also noted accomplishments in transportation such as the lessened breakdowns of the Metro Rail Transit Line 3, the extension of the Light Rail Transit Line 2 (LRT2) and the upgrade of the Clark International Airport.

The President told authorities not to look into the political entrails of Davao City and other provinces.

"Everybody is complaining about the Davao Airport and I said Davao will be the last. Kung hindi maabutan, sabi ko, 'mga taga-Davao pasensya na lang kayo,'" Duterte said in July 21, 2019.

Under Republic Act (RA) 11457 that the President signed on August 30, the DIAA will operate under the Department of Transportation (DOTr).

"The Authority shall principally undertake the economical, efficient, effective control, management and supervision of the Francisco Bangoy International Airport in Davao City, the existing airports in the Davao Region, and such other airports as may thereafter be established in any of the provinces of the same region," the RA 11457 said.

The law mandates the DIAA to encourage, promote and develop international and air domestic traffic in Davao Region, as well as to upgrade the services and facilities of the Francisco Bangoy International Airport.

The president briefly broached airport developments when he mentioned the work the government is doing to improve the land, sea, and air interconnectivity in major Philippine cities.

Duterte also thanked Congress for passing House Bill No. 7321, establishing the Davao Occidental General Hospital. The president enacted it into law on June 24 this year. He said this would further increase medical bed capacity in the province.

The President, however, did not mention in his Sona the Mindanao Railway Project, a big-ticket project he pushed.

It can be recalled that DOTr Secretary Arthur Tugade said on July 20 that the railway project is pushing through with its construction before Duterte steps down in mid-2022.

"The Mindanao Railway Project ay tuloy (will push through). At present, we are just waiting for the shortlist of bidders for the design and build contractor to be provided by China," Tugade said.