Delta variant suspected cause for Covid-19 surge in Tagum 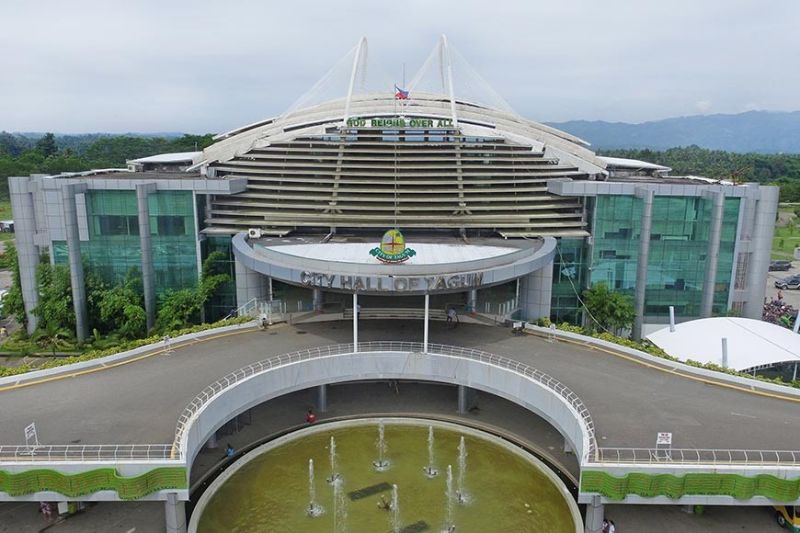 THE Tagum City Health Office (CHO) said the highly infectious Delta variant (B.1.617.2) of the Covid-19 might have caused the surge in cases in the city for the past weeks.

Tagum CHO Chief Dr. Arnel Florendo said in a virtual presser on Monday, July 26, 2021, they are currently doing backtracking of the close contact of the Delta variant-infected patient.

(This is where we are focusing our direction right now. During that time, if you observed around June, we logged several positive cases and it is increasing in Tagum City. Although there were also the Alpha and Beta variants in Tagum City, which are also suspects for the increasing cases, we cannot deny that there was also this Delta variant. It’s also possible that it contributed to the surge.)

DOH-Davao confirmed on Sunday evening, July 25, that the two Delta variant-infected specimens were from Tagum City in Davao del Norte and Davao City.

"Both were tagged as recovered already but still need to isolate due to pending repeat RT-PCR [reverse transcription-polymerase chain reaction] tests," DOH-Davao said in a statement.

Florendo already confirmed on Saturday evening, July 24, that DOH notified them that they have the first case of the Delta variant.

The Davao City government, meanwhile, confirmed in a statement on Monday that the city has its first case of the variant.

Based on the DOH-Davao data from July 18 to 24, Tagum City had the most number of active cases with 669, followed by Digos City in Davao del Sur with 571, and Buhangin District in Davao City with 315.

Tagum City went down a notch after topping in the top 10 areas with the most recorded new cases since June. Based on the same period, Digos had the most number of new cases for the week with 138 cases, followed by Tagum with 99 new cases.

Florendo said they already noted a slow downtrend of active cases in the city, and they are hoping that they can now control the surge.

Florendo said the patient had no travel history outside the city.

"Gi-check namo ang movement niya. Mostly, during the time, is naa sa iyahang gitrabahuan, which she is a frontliner. Then diretso sa iyahang boarding house,” he said.

(We checked her movement. During that time, she’s always been in her workplace then she goes straight to her boardinghouse. She is a frontliner.)

The patient was also tagged as F1 after being close contact with a confirmed positive patient.

He said the patient declared five close contacts, who all tested negative.

(We will also trace whether her index case has a history of travel outside of the region or the country.)

Florendo said the patient, who had mild symptoms, is fully immunized.

"I'm quite sure nga isa na sa nakatabang sa iyaha ngano wala nag-grabe iyang sakit (that also helped why her illness did not develop into severe)," he said.

He, however, clarified that a fully vaccinated person is protected from hospitalization and severity of the illness, but a person can still get infected and would only be asymptomatic or have mild symptoms.

Meanwhile, the Davao City government said its Delta patient is a 28-year-old female who was swabbed on June 26, 2021, after her exposure to a confirmed mild symptomatic Covid-19 case at her workplace.

"The Davao City Health Office received the confirmatory results of the surveillance test from the UP-Philippine Genome Center on July 24, 2021. The patient has completed the required isolation period of 14 days and has since recovered," the city government said.

Schlosser said the patient had 15 close contacts, who are her officemates. The first generation (F1) contacts were already swabbed and quarantined.

She said they are currently retracing the close contacts of the F1s and patients to ensure that they will be quarantined soonest.

No request for higher quarantine status

Despite the discovery of the Delta variant, Florendo said there is still no reason for the city to be reverted to a stricter quarantine status.

“We still stick to the wisdom nga dili automatically nga pag naa nay Delta variant, automatic na dayon ta mag-lockdown (that if there is Delta variant we automatically impose a lockdown). We have to look at the situation. Well-controlled ba nato or not?” He said.

Regardless of the variant, the city will be "burdened" if the transmission will not be managed well.

Davao City Mayor Sara Duterte-Carpio also said the city is also not keen on imposing stricter measures, including requesting the Inter-Agency Task Force for the Management of Emerging Infectious Diseases (IATF) to revert the city to a higher quarantine status.

Duterte-Carpio said the city will stick to its existing Covid-19 response.

“It’s the same virus, so we test, trace, isolate or treat if there is a need for hospitalization,” she said.

The mayor also said the mandatory presentation of a negative RT-PCR test result for land travelers coming from neighboring regions is still in place.

Prior to the recorded Delta case in the city, Duterte-Carpio already told Dabawenyos that it is likely that the variant had already entered the premises of the city. She also said the city can only intensify its symptom screening at checkpoints. However, it cannot guarantee that persons with the virus, especially those asymptomatic, will be detected.

Both Tagum City and Davao City are under general community quarantine with heightened restrictions until July 31.

DOH-Davao said a total of 79 variants of concerns were detected in the region.

A total of 593 samples were sent by the Regional Epidemiology and Surveillance Unit to the University of the Philippines-Philippine Genome Center from June 3 to July 1, 2021.

To date, a total of 1,893 total samples from the Davao Region were already sent to the University of the Philippines–Philippine Genome Center for Whole Genome Sequencing.

“The DOH reiterates to all LGUs the need to strengthen the quarantine protocols, testing, and isolation,” DOH said.