Dino: ‘I am happy to take part in Duterte’s pursuit of change’ 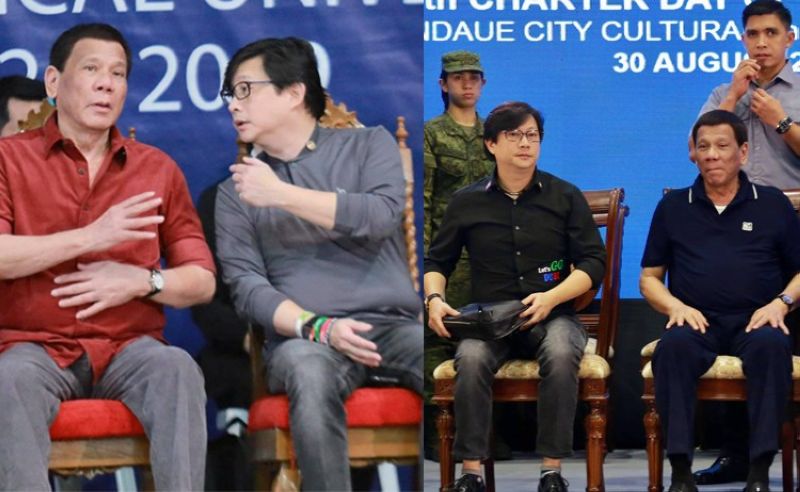 (Photos from the Office of the Presidential Assistant for the Visayas)

PRESIDENTIAL Assistant for the Visayas Michael Lloyd Dino expressed his pride to be part of the current administration, scoring on the number of lives it has assisted in the past five years.

“Over the last five years, we have seen a President who has shown us what Malasakit is towards the Filipino people. President Rodrigo Roa Duterte’s 2021 State of the Nation Address (Sona) has renewed the hope of the Filipinos for a better and brighter Philippines,” Dino said in a statement.

READ: 'Fighting my own government,' Duterte says on his drug war

“I am proud that, as Presidential Assistant for the Visayas, I was able to take part and give aid in the President’s pursuit for change. Being able to lift six million Filipinos out of poverty is truly a remarkable feat that tells us that this administration sincerely wants happy and comfortable lives for all,” Dino said in a statement.

Dino listed the following updates in agriculture and infrastructure development in the Visayas under Duterte’s administration:

• More than 2,245 farmer-beneficiaries in the Visayas were granted land ownership totaling over 3,000 hectares, along with millions worth of support services projects.

• The farmers even further benefited from the passage of RA 10969 or the Free Irrigation Service Act, where small-scale farmers are exempted from paying irrigation service fees.

• Around 29,264 kilometers of roads were completed through the Build, Build, Build program, along with 451 seaport and 214 airport projects completed as of June 2021.

“As part of the Philippines’ Golden Age of Infrastructure, the Visayas has been a recipient of major flagship and development projects that will further pave the way for its metro cities, tourism destinations, and IT hubs to be an economic stronghold,” said Dino.

He cited the following developments:

“These are on top of port rehabilitation, bypass and farm-to-market road constructions, and resettlement housing,” he said.

Dino said that the Visayas has also benefited from the following laws under Duterte’s administration:

• RA 10931 or the Universal Access to Quality Tertiary Education Act that helped a total of 1,623,628 students who were able to avail free college tuition and other school fees

Other programs he cited include:

• 130 Malasakit Centers were established across the country (26 of which are in the Visayas).

• At least 86 barangays in Region 7 were endorsed for inclusion in the Barangay Development Program for 2022, in which each barangay will get a fund of 20 million each for their locally identified programs, activities, and projects.

Dino also said that as the Cabinet Officer for Regional Peace and Development for Central Visayas, he has witnessed peace and development efforts through the Regional Task Force 7 on Ending Local Communist Armed Conflict (RTF 7 ELCAC) through the delivery of basic services, former rebel reintegration and amnesty programs, and sectoral unification efforts.

“All these plus more, are the accomplishments of the Duterte administration. Despite the Covid-19 pandemic, the Duterte government has delivered excellent and dedicated service to the people,” he said. (PR)