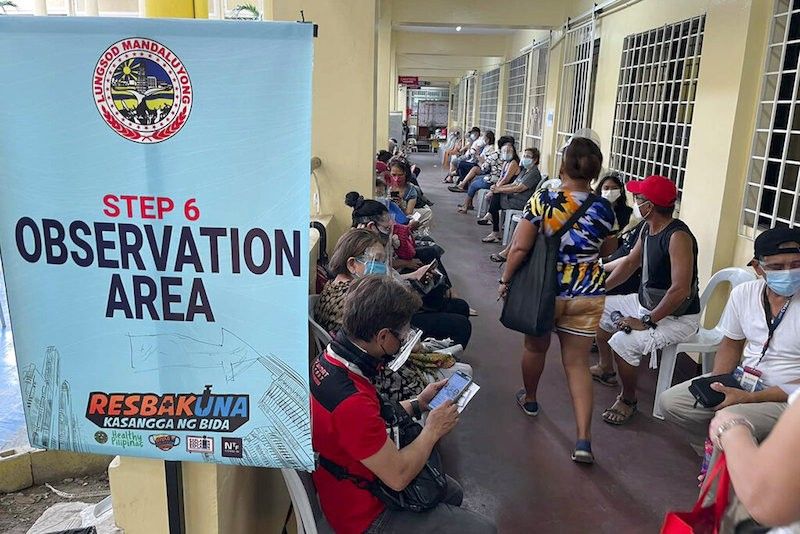 MANILA. Residents sit at an observation area after receiving their second dose of AstraZeneca Covid-19 vaccine in Mandaluyong City on July 23, 2021. (AP)

THE Department of Health (DOH) on Tuesday, July 27, 2021, reported more than 7,000 new cases of coronavirus disease 2019 (Covid-19), the highest in more than a month, despite the low testing output because of the non-submission of data by 13 laboratories.

The late extraction of data resulted in the higher number Tuesday. The number of new infections that will be reported on Wednesday is expected to be low, the DOH said.

The new infections brought the cumulative case count to 1,562,420. A total of 162 duplicates were removed from the tally.

Testing output was very low at only 30,016, with a positivity rate of 13.2 percent, because 13 laboratories failed to submit their data to the CDRS.

The additional deaths, which included 49 cases that were previously tagged as recoveries, raised the death toll to 27,318. The case fatality rate remained at 1.75 percent.