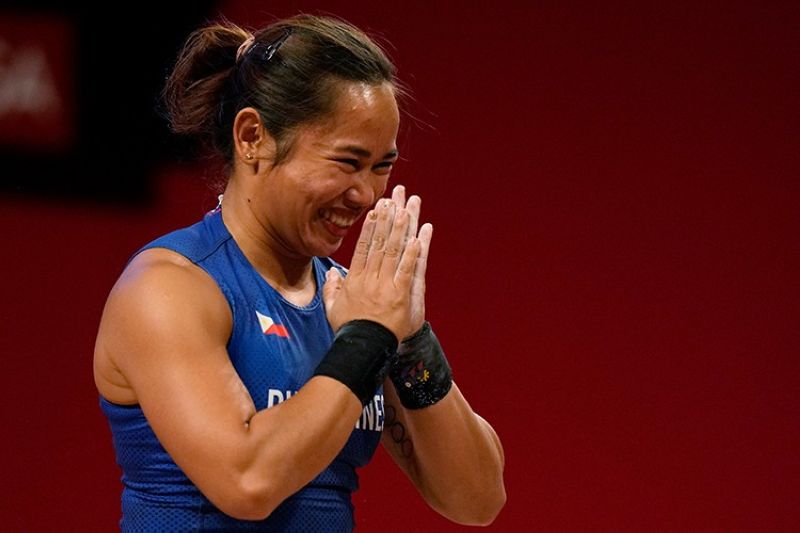 JAPAN. Hidilyn Diaz of Philippines celebrates after a lift as she competes in the women's 55kg weightlifting event, at the 2020 Summer Olympics, Monday, July 26, 2021, in Tokyo, Japan. (AP)

Diaz conquered the Tokyo Olympics’ women’s 55-kilogram weightlifting competition on Tuesday, July 26, 2021, etching a historic first gold win for the Philippines, which is about 97 years in the making.

This is the second Olympic medal brought by the 30-year-old Zamboangena, as she also won a silver medal during the 2016 Rio Olympics. In the same year, Diaz was awarded with five-year unlimited flights within the AirAsia route network.

“We want all Asean to believe that they can always make it happen. Amidst challenges and struggles as we go forth with recovery, Hidilyn reminds us that no matter how heavy the weight we are carrying, inner strength, perseverance and a heart of gold will help us power through,” said AirAsia Group CEO Tony Fernandes.

AirAsia Philippines CEO Ricky Isla, for his part, congratulated and thanked her for being an inspiration and for uplifting the Filipino people’s spirits.

He said Diaz is the “perfect example of what it means to be an ‘allstar,’ by embodying AirAsia core values of Dreaming Big and Making it Happen.”

“We thank her for reminding us that being the world’s best is second to serving the Filipinos. The Allstar family is one in celebrating with Hidilyn, and it is our great honor to serve her onboard,” said Isla.

In an interview with AirAsia in 2018, Diaz shared personal and professional challenges she faced, but stressed that it is important to “look back at your dreams and never give up on them.”

Megaworld Corporation also awarded Diaz with a P14 million worth of condominium unit in Quezon City, while she is set to receive a house and lot from the Century Properties Group and another house and lot in Tagaytay City from Philippine Olympic Committee head House Deputy Speaker Abraham Tolentino. (LMY/With PR)