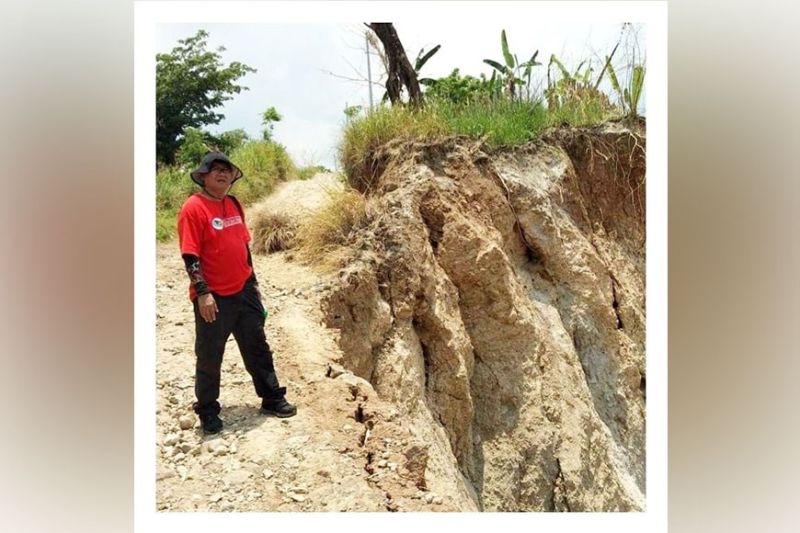 GEOHAZARD ASSESSMENT. Mines and Geosciences Bureau strengthens its National Geohazard Assessment and Mapping Program to continuously identify areas in Central Luzon that are susceptible to geologic hazards and protect communities from disasters. (MGB)

THE Department of Environment and Natural Resources (DENR) in the City of San Fernando, through its Mines and Geosciences Bureau (MGB) regional office, has strengthened its National Geohazard Assessment and Mapping Program (NGAMP) to continuously identify areas in the region that are susceptible to geologic hazards and protect communities from disaster and calamities.

Environment Secretary Roy Cimatu describes geohazard map as a "life-saving tool" that aids susceptible communities in the preparation against the destructive and life-threatening impacts of floods, landslides, liquefaction, earthquake, and other ground instabilities.

Engr. Alilo Ensomo Jr., regional director of MGB, said NGAMP is part of the country's disaster risk reduction management program and centers on rain-induced landslides, floods, flashfloods, ground subsidence or sinking, and other forms of slope instabilities that are not directly induced by earthquakes or volcanic activities.

"In Central Luzon, the MGB was able to complete its 1:10,000 scale geohazard maps in 2014, and has been conducting Vulnerability and Risk Assessment and updating of geohazard maps to identify potential areas which may be prone to natural disasters," he said.

He added that the MGB also conducted coastal geohazard mapping in the eastern and western seaboard of the region and completed the assessment of 39 coastal municipalities in Central Luzon in 2018.

MGB also expanded its NGAMP by including Karst Subsidence and Hazard Assessment in areas underlain by limestone, such as Candelaria in Zambales, San Miguel and Doña Remedios Trinidad in Bulacan, and General Tinio in Nueva Ecija.

"Let us maximize the use of these geohazard maps as fundamental tools in disaster preparation, so that potential impacts of natural calamities may be reduced and more communities will be saved from danger," Ensomo noted.

He said geohazard map is a valuable tool to keep local communities resilient and safe from disaster and calamities.