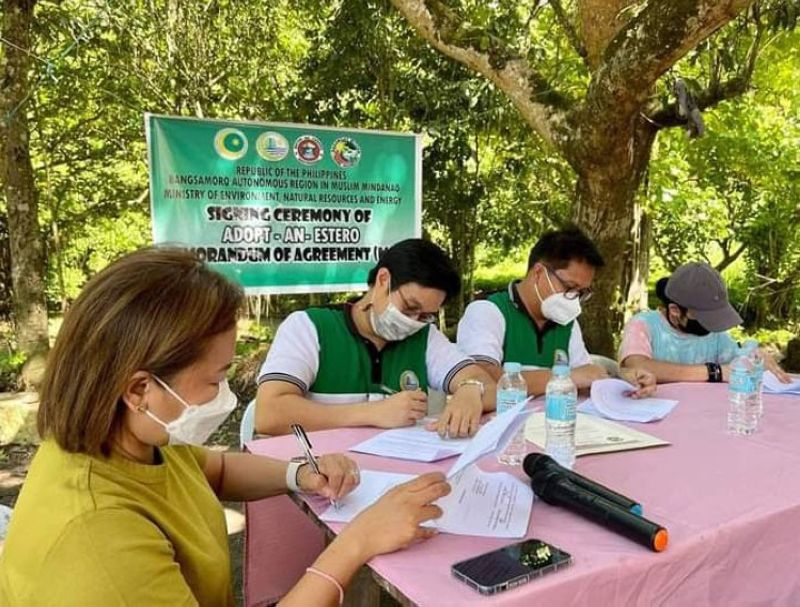 ZAMBOANGA. The Ministry of Environment, Natural Resources, and Energy in the Bangsamoro Autonomous Region in Muslim Mindanao launches adopt a river program to ensure sustainable cleanliness of esteros and other water bodies in the region. A photo handout shows officials of Menre and of Parang, Maguindanao sign an agreement on July 24 for the protection and preservation of the town's Nituan River. (SunStar Zamboanga)

THE Ministry of Environment, Natural Resources, and Energy in the Bangsamoro Autonomous Region in Muslim Mindanao (Menre-Barmm) entered into an agreement Saturday, July 24, with the municipality of Parang, Maguindanao to protect and preserve the Nituan River in the town's Nituan village.

The signing of the accord is in line with Menre’s implementation of the Adopt-an-Estero Program, a collaborative undertaking between and among the ministry, communities, donor-partners, local government units, and other government agencies.

Aplal said the program aims to clean waste, debris, and silt from the esteros, mobilize the communities near the esteros for cleanup activities, and prepare and implement plans for the sustainable cleanliness of esteros and other water bodies in the region.

He said that for this year, the target of Menre-EMS is to adopt and rehabilitate 20 esteros and creeks under the Environmental Regulations and Pollutions Control Program.