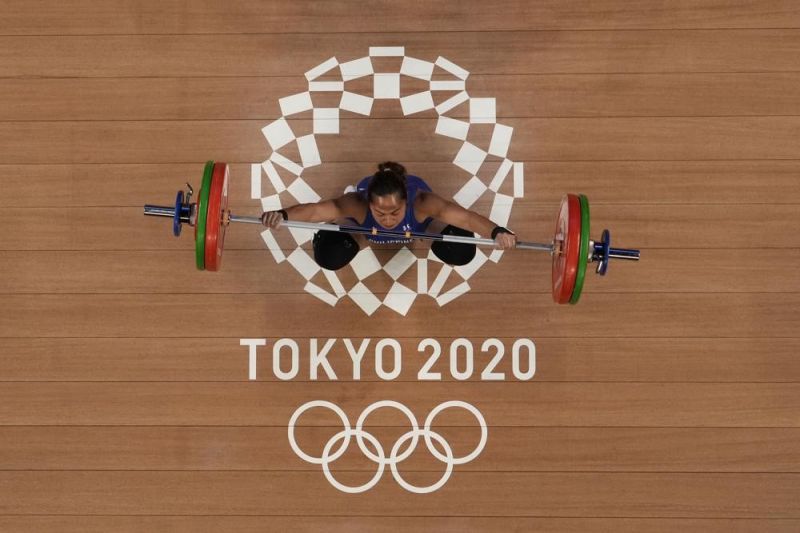 A SHOWER of incentives and rewards await the country’s very first Olympic gold medal winner, Hidilyn Diaz, as she is set to arrive in Manila Wednesday, July 28, 2021.

As of 5 p.m. of July 27, the weightlifting champion from Mindanao who topped the 55-kilogram (kg) women’s weightlifting category in the ongoing 2020 Tokyo Olympics has earned P40.5 million as cash incentives and reward from the government and public sector for bringing honor and glory to the Philippines, ending the 97-year drought for an Olympic gold medal.

“Milyun-milyon po ang pinangako ng Presidente para doon sa makakamit ng gintong medalya (The President has vowed to grant millions of pesos to anyone who will bag the gold medal),” he said in a press briefing held at the Subic Bay Freeport Zone.

Roque, however, refused to give the exact amount of cash prize that Diaz will receive from Duterte.

Adding to the long list of rewards are real-estate properties offered by Philippine Olympic Committee Chairman Abraham Tolentino -- a house and lot in Tagaytay, and Megaworld Corporation’s P14-million worth condominium unit in Eastwood City.

“This epic moment is about 97 years in the making, and this is our way of saying thanks to Hidilyn for making us all proud. We believe that it’s just right to give our first-ever Olympic gold medalist a home in our first-ever township, Eastwood City, where she can enjoy the township lifestyle with her family and loved ones,” said Kevin L. Tan, chief strategy officer of Megaworld Corporation.

Diaz can also now fly around the world for free as two of the country’s leading airlines -- Philippines Airlines and AirAsia Philippines -- vowed to offer free flights for a lifetime.

Meanwhile, the Philippine Sports Commission (PSC) is preparing the gold Medal of Valor to Hidilyn Diaz for winning an Olympic gold.

According to the expanded incentives act, the winner of an Olympic and Paralympic gold will receive the said medal on top of the monetary incentive of P10 and P5 million respectively.

The medal is usually awarded by the President himself, in a courtesy call in Malacanang.

“This is a long-time provision of the law which the country never had the chance to follow, but is now set to be implemented for the first time with Diaz's historic and record-breaking victory. The design is still under wraps, but will be given in honor to both sports and the nation's symbols,” PSC said in a statement.

“It’s mandatory,” said Tolentino, referring to protocols set by the Tokyo Olympics Organizing Committee. “But more important is that Hidilyn wants to be with her family who she hasn’t seen for more than one and a half years now.”

Diaz has been stranded in Malaysia since the Covid-19 pandemic hit while in the thick of her Tokyo 2020 Olympics training preparations.

Athletes, coaches, officials, and even the media are required to leave Japan within 48 hours after the completion of their events or tasks as prescribed by the Tokyo Olympics Playbook. In Diaz’s case, she has only until Wednesday to return home.

Diaz and her team — Chinese coach Gao Kaiwen and strength and conditioning coach Julius Naranjo — will have to be hotel quarantined for seven days as set by the Inter-Agency Task Force on the Management of Emerging Infectious Diseases.

Diaz made her Olympic debut at age 17 in the 2008 Beijing Games via a wild card entry. She was then the youngest athlete in the country's delegation.

She finished second to the last in a field of 12 weightlifters.

Diaz qualified once again in the 2012 London Olympics and served as a flag bearer for the lean Philippine contingent. However, she recorded a devastating “did not finish” result.

Four years later, Diaz staged a huge comeback by snatching a women's 53-kg silver medal in the 2016 Rio Olympics, which catapulted her as the first Filipina Olympic medalist.

Diaz made history anew as she ended the Philippines’ 97-year drought by clinching the women’s 55-kg weightlifting gold medal in the 2020 Tokyo Olympics with a new Olympic record in clean and jerk (127 kg) for a total of 224kg in the final standing.

After her historic and record-breaking win, Diaz, in a short media interview shared that she offered her win to her family and the country.

She emphasized that nothing is impossible when you put all the effort and keep your faith in God stronger each day.