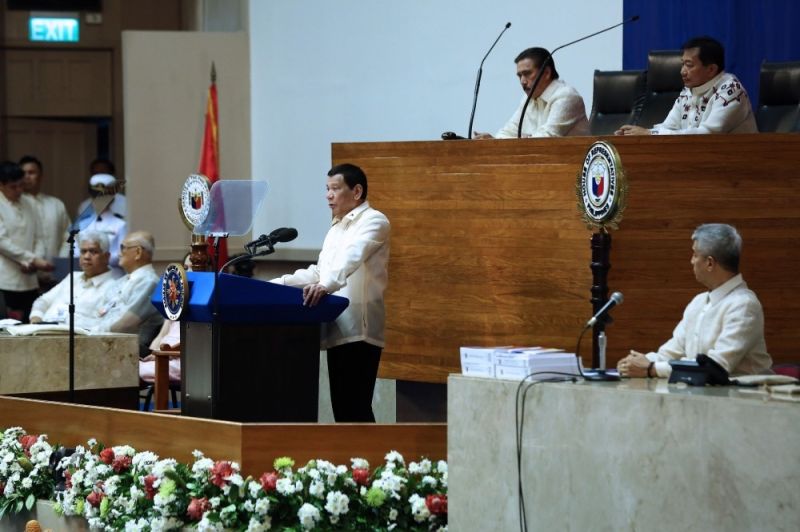 AS FAR as at least five Cebu mayors are concerned, President Rodrigo Duterte was able to deliver much of what he promised to the nation during his last five years in office.

The mayors of three cities and two towns were interviewed by SunStar Cebu before the President’s State of the Nation Address (Sona) on Monday, July 26, 2021.

For Cebu City Mayor Edgardo Labella, Duterte did his best to deliver his campaign promises during his term.

“The National Government’s ‘Build, Build, Build’ is visible here in Cebu City. Road projects like the Metro Cebu Expressway, the ongoing Cebu BRT project, are just some of these,” Labella said.

“I would like to ask the President to focus more on solving our traffic and flooding problem here in Cebu City. Our Cebu Bus Rapid Transit project, which is being implemented by the Department of Transportation, has been suffering delays,” Labella said.

“I hope to see this much-needed project being seriously implemented. This, together with other integrated and intermodal transport projects in Metro Cebu,” added Labella as he recalled Duterte’s promise in a speech delivered during the 2020 Sinulog Festival that the National Government will fund more infrastructure and transportation projects in Cebu.

For Lapu-Lapu City Mayor Junard “Ahong” Chan, Duterte was a great help to the City during the President’s first five years in office.

Chan cited the development of the Mactan-Cebu International Airport Terminal 2 (T2), which began during the administration of President Benigno “Noynoy” Aquino III in 2015. The project done through a public-private partnership was completed in 2018. Duterte led its inauguration.

Chan also mentioned the National Government’s contribution to the ongoing construction of the Lapu-Lapu City Hospital, a four-story facility with a 110-bed capacity.

Chan said around P128 million will be needed to complete the hospital now on its third phase.

Chan also thanked Duterte for the City’s socialized housing project which, he said, had not been done in the past 18 years.

“It is now called the Cebu South Medical Center as the hospital now caters to the south of Cebu and not just Talisay,” said Gullas.

Gullas said projects under the President’s Build, Build, Build Program will spur economic growth in the province, as well as the countryside.

The projects include the P20 million multi-year project plan to build a new grandstand with an Olympic-standard track oval complemented with a new Cebu Technological University extension in Barangay Jubay.

Other major projects benefitting Liloan are the P174 million Asturias-Liloan Road which directly connects the east side of Cebu to the West, the Metro Cebu Expressway traversing the South to North passing through Liloan, the Mandaue-Consolacion-Liloan Bypass Road, and the rehabilitation of the Bag-on Daan Road, said Frasco.

Frasco said the projects provide the town access to economic opportunities, ease up traffic and elevate the quality of public infrastructure in Liloan, resulting in a better quality of life for residents of the town.

For Barili Mayor Julito Flores, Duterte’s “generosity” in granting projects requested by local government units has earned the President a score of 6 to 8 on a scale of 1 to 10.

“The highest is 8 and the lowest is 6. It’s a fact that not all leaders are perfect. There are certain aspects that we can consider Duterte’s performance as good. For example, sa fight against drugs, fight against corruption. I really appreciate that,” Flores said in a mix of Cebuano and English.

“He is also generous in giving projects. We also have negative issues about the President, which I’d rather not talk about right now,” he added.

Flores said over the past months, Barili received P40 million for the construction of a multi-purpose building and a Hall of Justice.

He said part of the budget will be used to put up a fire station and offices for national agencies like the Commission on Elections and the postal service.

Flores said Barili also benefited from training programs offered by the Technical Education and Skills Development Authority and programs of the Department of Labor and Employment.

He, however, said various resolutions submitted to the Department of Budget and Management (DBM) asking for several projects for the town have yet to receive confirmation from the DBM.