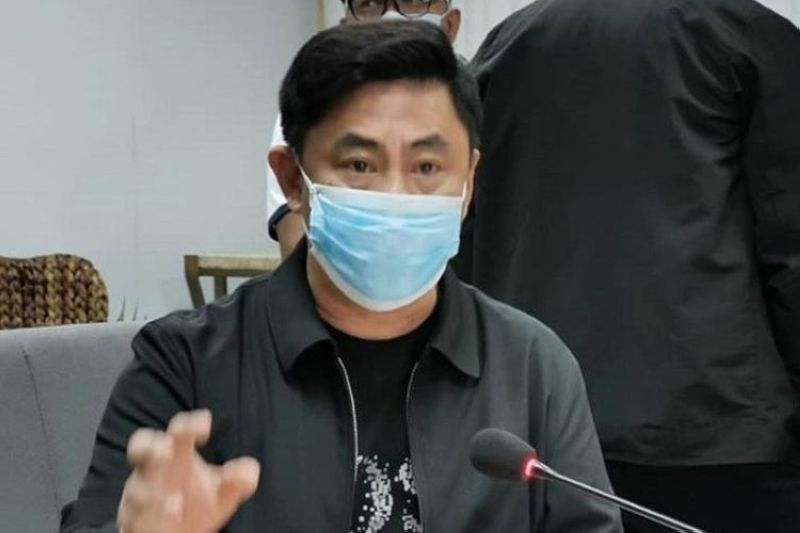 LAPU-LAPU City Mayor Junard “Ahong” Chan drew flak after he issued an executive order in which a provision states that unvaccinated persons in the city will be barred from entering public and private markets, department stores and convenience stores starting on Aug. 25, 2021.

The local executive said he will review his move after it attracted negative sentiments on social media. He will also monitor the number of new Covid-19 cases and the number of city residents who are vaccinated before reaching a decision.

Chan said he reached this decision because he sees it as one of the ways to slow down the spread of Covid-19 infections in the city.

He said the city residents have enough time to have themselves vaccinated.

Chan said he does not want the quarantine status of the city, which is currently in the less stringent modified general community quarantine, to be reverted to a stricter one, adding it would bring more misery to the cash-strapped City Government and Oponganons.

Without divulging specific numbers, Chan said the isolation facility and private and public hospitals in the city are already full.

A day after Chan released his executive order, the mayor said several residents flocked to the six vaccination sites in the city Tuesday.

Police were deployed to the vaccination sites to maintain order, and implement health protocols such as wearing of masks and social distancing. More chairs were also placed in the vax sites.

Chan said walk-in city residents will be entertained at the vaccination sites. He reached this decision after several registrants complained that they had waited for a long time before they were able to receive their schedule for vaccination.

The mayor ordered his personnel to check the city’s registration system and fix the cause of the delay in scheduling.

Other local government units in Cebu also made their moves to slow down the Covid-19 cases in their areas.

In San Fernando town, local officials prohibited unvaccinated senior citizens from leaving their homes so that they won’t get infected with Covid-19.

All activities in the town are cancelled, except for activities that got permission from the Inter-Agency Task Force for the Management of Emerging Infectious Diseases.

In Balamban, Mayor Alex Binghay has prohibited minors ages 15 and below from leaving their homes to ensure that they are protected against Covid-19 and ordered the closure of internet cafes starting on Wednesday, July 28.

The same measures are implemented in Ginatilan town.

Starting Wednesday, the curfew will start at 8 p.m. and it will end at 4 p.m. Essential workers are exempted from the curfew.

For commuters in Ginatilan, a tricycle is limited to only three passengers, and one each for trisikad and motorcycle.

In February, the city also imposed a liquor ban in the city. It was lifted in March.

Cortes said they have seen a steady increase of Covid-19 cases in Mandaue City and in the neighboring cities of Lapu-Lapu and Cebu.

On July 26, the Department of Health (DOH) reported that Mandaue City had a total of 733 active cases. Last June 26, the city only had 223 active Covid-19 cases.

Cortes said he decided to reimpose the liquor ban in the city for a month. The city residents, he said, can still buy alcoholic drinks; however, no one can serve liquor or drink it in a public place.

Hotels, resorts and other accommodations are still allowed to serve liquor for their in-house guests, in accordance with the guidelines set by the Department of Tourism and Department of Trade and Industry.

In a separate interview, Venson Pagalan, a manager of a convenience store in Mandaue City, said after Cortes’ new executive order was released, they complied with it right away.

He said they could still sell liquor to the customers as long as it is for take-out.

However, the authorized persons outside residence working in business process outsourcing firms or essential industries are exempted from the curfew.

Meanwhile, Mandaue City also implements stricter border controls. Cortes’ Executive Order (EO) No. 19 applies to all the local government units, outside the province or the island of Cebu that are tagged or will be further tagged by the Department of Health (DOH) or National Inter-Agency Task Force as high-risk areas of Covid-19.

In June, Cortes released EO 19, restricting the entry of persons coming from Bohol, Negros Oriental and Negros Occidental. They must provide a negative swab test result or a negative rapid antibody test before they are allowed entry into the city.