San Miguel wins third in a row with rout of Blackwater 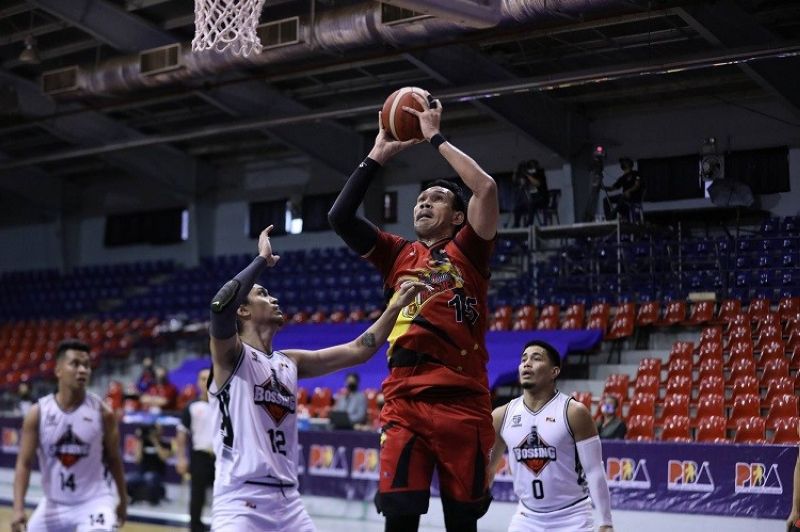 THE San Miguel Beermen won their third straight game after demolishing the reeling Blackwater Bossing, 99-80, in the 2021 PBA Philippine Cup on Wednesday, July 28, 2021, at the Ynares Sports Arena.

Cebuano giant June Mar Fajardo continued to show how comfortable he is being back as he had his best game so far, tallying 16 points along with 11 rebounds, three assists and two blocks. This is just Fajardo’s fourth game since missing 17 months of action because of an injured leg.

San Miguel took control of the game in the third canto where they unleashed a blistering 30-15 run that turned what was a 39-38 game into a 69-53 advantage. The Beermen were so sharp in the second half that they pushed their lead to a high of 25 before cruising to their third win in four matches.

Simon Enciso led Blackwater with 25 points. Unfortunately, it was not enough to keep the Bossing from falling to 0-4 for the season. (JNP)