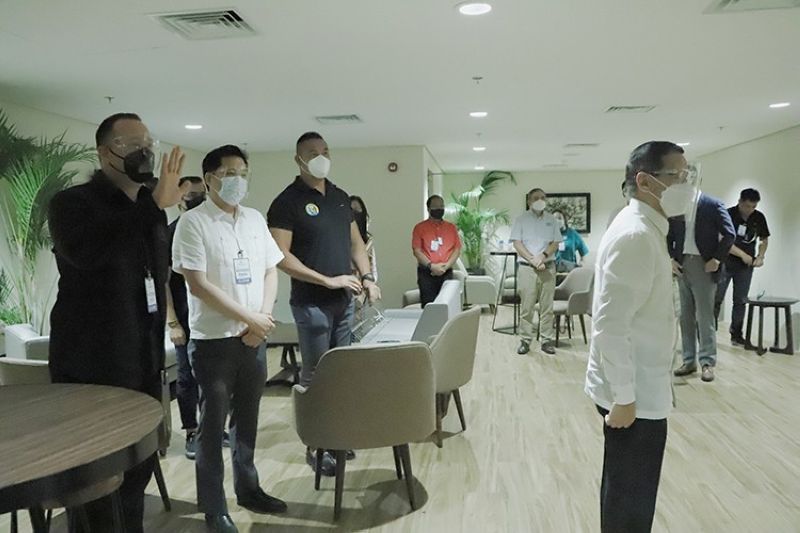 AS A gesture of appreciation to the country’s modern day heroes, the newly completed Clark International Airport terminal building has dedicated a transit lounge exclusively for the use of overseas Filipino workers (OFWs).

While waiting for their departing flights or sundo for long-awaited homecomings, OFWs can stay, rest and relax at the lounge -- free of charge.

“Clark’s new terminal is envisioned to be an international gateway that all Filipinos can be proud of, not just because of its state-of-the-art facilities, but because it reflects Filipino values. Kasama na po rito and pagtanaw ng utang na loob. OFWs make a huge sacrifice for our country. The OFW Lounge is our small way of saying thanks, and reassuring our kababayans that we value them, wherever they are in the world and especially here at home,” Dizon said.

Aside from the lounge, OFWs will also get to experience 24/7 self-service check-in and bag drop facilities to provide more flexibility in planning their departure as they are not restricted by counter opening hours, integrated security screening for a stress-free journey, and contactless ordering system for restaurants, among others.

The terminal offers views of the Sacobia mountain ranges towards its west, and Mt. Arayat toward its east. The design of the terminal’s facade reflects the wavy silhouette of Mt. Arayat, Mt. Pinatubo, and Sierra Madre mountain range.