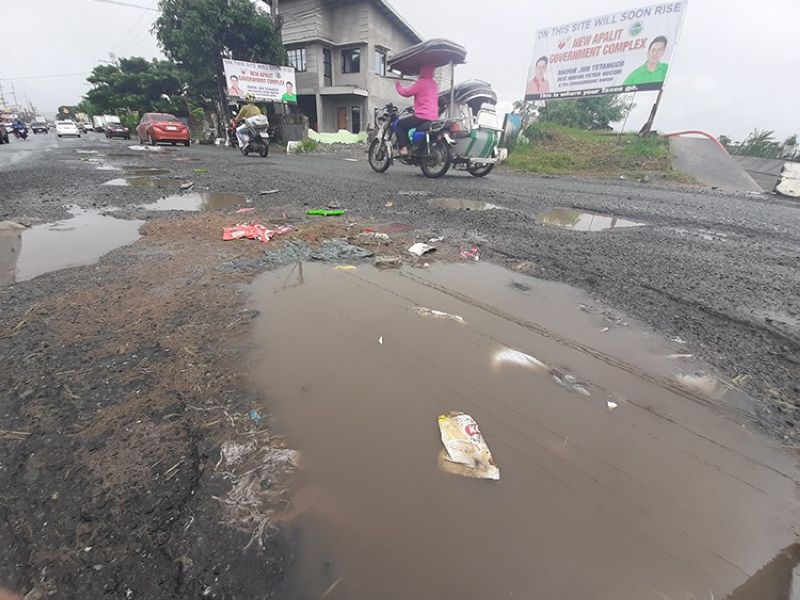 POTHOLES AND MORE POTHOLES. Potholes and more potholes surfaced at the Apalit portion of MacArthur Highway after the onslaught of heavy rains. (Princess Clea Arcellaz)

CONTINUOUS heavy rains during the past weeks have caused the quick deterioration of the portions of MacArthur Highway from Apalit town to the City of San Fernando.

Despite the recent rehabilitation of most sections of the major thoroughfare, its northbound lane is now battered with lots of potholes.

Several motorists regularly plying the said route have already aired their concerns over the inconvenience and hazard the road craters pose.

"The potholes are slowing down the traffic because drivers try to avoid them in the fear of damaging their cars," a truck driver who asked not to be named said.

Rico Pineda, a motorcycle rider, also lamented the danger the potholes may have caused to his fellow riders and cyclists, especially to those who are not familiar with the road.