Meralco gets back on track with win over Phoenix 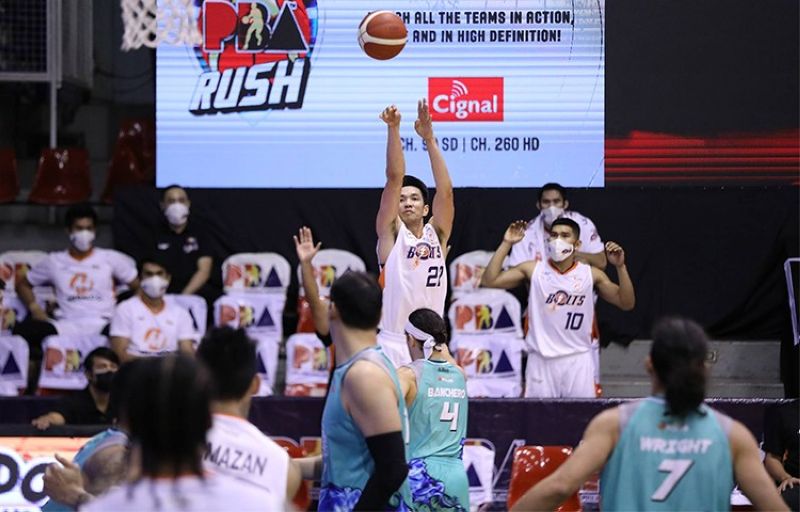 MANILA. Allein Maliksi shot the lights out for Meralco and scored 24 points against Phoenix. (PBA)

THE Meralco Bolts got back on the winning track with a 91-80 win over the Phoenix Super LPG Fuel Masters in the 2021 PBA Philippine Cup on Wednesday, July 28, at the Ynares Sports Arena in Pasig.

Up by five after the first 12 minutes of action, Meralco got some more separation from Phoenix in the second where they outscored the Fuel Masters, 27-16, to take a 48-32 halftime lead.

Phoenix tried to rally in the fourth but Allein Maliksi had all the answers, first hitting two free-throws and later a triple to put Meralco up by 18, 81-63, with 6:58 left in the ballgame. The win allowed the Bolts to recover from the 72-85 loss that they suffered at the hands of Rain or Shine.

Matthew Wright had 29 points for Phoenix which dropped to 1-3. Chris Banchero also made his debut for the Fuel Masters but managed just one point in 28 minutes of action. (JNP)