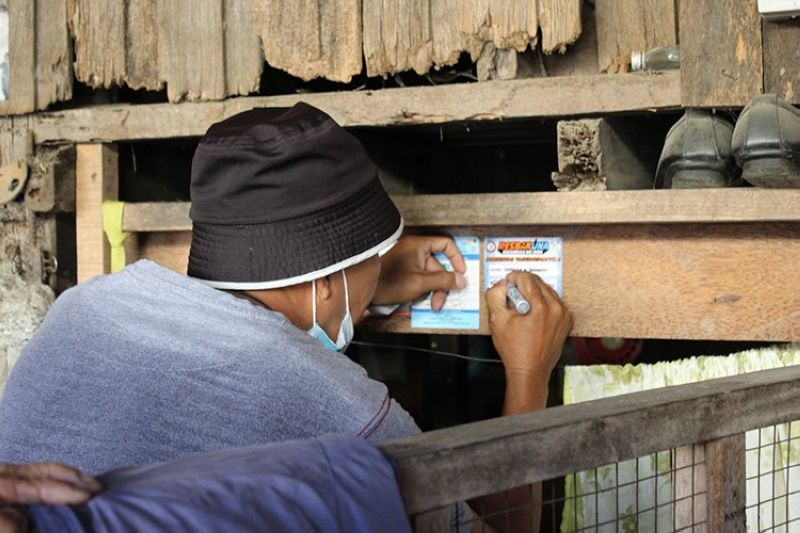 THE Liga ng mga Barangay has endorsed the conduct of household tagging or mapping of their residents that are fully vaccinated against Covid-19 in all barangays in Davao City.

Covid-19 Task Force spokesperson Dr. Michelle Schlosser said in a radio interview on Wednesday, July 28, 2021, that this was discussed during a meeting with barangay officials and the Vice Mayor's Office.

Schlosser said barangay officials have the option to adopt this measure or not.

"Kung i-adopt to nila (If they will adopt it), that would be good. But it was already recommended to them para mas matabangan pa og (to help strengthen their) information drive," she said.

The official said this is considered a "best practice," which could be adopted by the entire 182 barangays in the city.

She said this could help strengthen the city's vaccination program.

“I hope that this best practice will be adopted by each barangay na tan-aw nila epektibo sa ilang katawhan (that they think would be deemed effective),” Schlosser said.

The Covid-19 Task Force official said the tagging system is not meant to discriminate against those who have not yet been vaccinated.

"Well, hindi natin maiiwasan there are people who would think that way, but if we will look into the brighter side of things, it is not," she said, adding that this will only allay the fears of those who are still hesitant or fearing the vaccine.

Sumagaysay recalled this was suggested in the previous task force meeting, and the body will look into the possible legal implications.

He also said the initiative of Barangay Lasang will also have a positive impact on other barangays.

According to the Davao City Vaccination Cluster data as of July 25, a total of 330,945 individuals were already vaccinated for the first dose, while 149,122 were jabbed for the second dose. This covers priority groups A1 (healthcare workers and others), A2 (senior citizens), A3 (persons with comorbidities), A4 (essential workers) and A5 (indigent population).