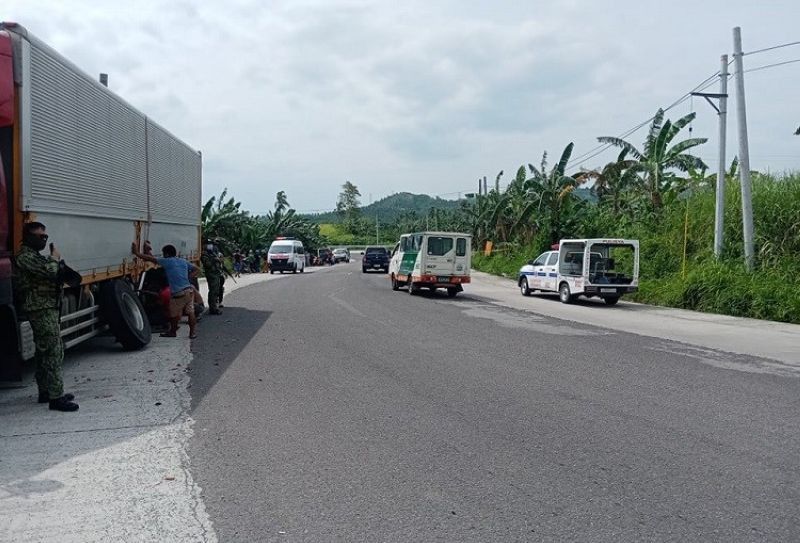 THE top official of the Philippine National Police (PNP) ordered on Wednesday, July 28, 2021, an “all-out legal pursuit operation” against those behind Tuesday’s ambush of Calbayog City police and health personnel.

The police and health personnel were on their way to fetch coronavirus disease (Covid-19) vaccines along the national highway in Barangay Lale, Pinabacdao, Samar Tuesday afternoon, July 27, when attacked.

“To condemn this another attack is not enough dahil hindi na tinatablan ng hiya at masasakit na salita ang mga taong ito. What is needed is a decisive action to stop them from doing the same kind of terrorism activities,” said PNP Chief General Guillermo Lorenzo Eleazar.

In a statement, Eleazar accused the communist rebel groups operating in the area as the ones responsible for the attack.

After an initial burst of gunfire, an improvised explosive device was also detonated, the report added.

No one was hurt in the incident.

As of Wednesday evening, July 28, no rebel group has come forward to own the attack.

Eastern Visayas, particularly the Samar Island, remains a hotbed of insurgency with the continued presence of the communist rebels who have been waging a Maoist-inspired guerrilla war since the late 1960s. (SunStar Philippines)