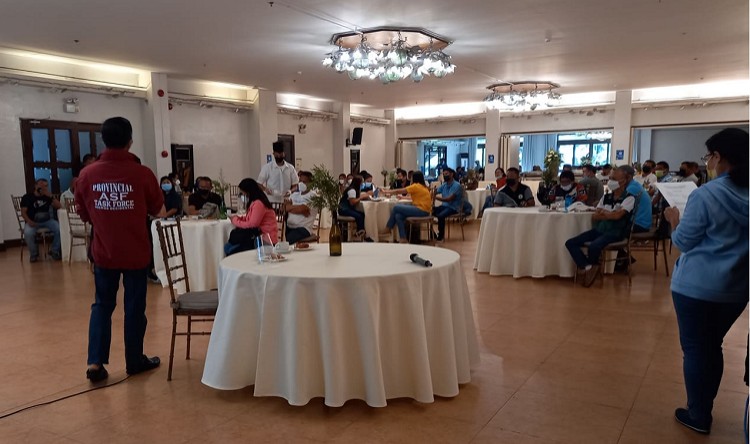 THE Provincial Veterinary Office (PVO) of Negro Occidental, together with the Department of Agriculture (DA), held a Livestock Midyear Assessment and Consultative Conference underscoring measures to protect the province’s livestock industry especially swine.

Dr. Jonic Natividad, head of Regulatory Services Division of DA-Western Visayas, discussed that the fight is not only against ASF but also against Foot and Mouth Disease (FMD).

Natividad stressed the importance of intensifying surveillance including the training of barangay biosecurity officers.

In Negros Occidental, 20 LGUs have already completed the two-day training on “Quantum Geographic Information System and Specimen Collection for Barangay Biosecurity Officers” conducted by the Agricultural Training Institute (ATI) in partnership with DA-Western Visayas on July 27.

The importance of database as part of the prevention effort and control measures against ASF was also emphasized.

“There will be one Operational Convective Polymerase Chain Reaction (OCPCR) equipment that will be sent to the province anytime soon, which will serve to test the body fluids of suspected ASF positive hogs,” he added.

The OCPCR equipment can be used to test dead hogs in the province without sending the samples to Manila.

Natividad also informed the participants regarding the ongoing weekly Facebook Live through DA-Western Visayas on ASF-related topics and concerns.

It is positioned to strengthen and equip not only hog raisers but even ordinary citizens on the impact of ASF, and ways on how to prevent and control its effect.

“We stand as one Kontra ASF,” he stressed.

PVO District field unit team leader and veterinarian also presented the good practices they have been implementing contributing to the success of ASF prevention and monitoring.

They have also presented their respective accomplishments covering the first semester of the year, focusing on the prevention, control and surveillance efforts against ASF in each district.

The PVO, for its part, also provided an update on its new facility expected to be for operation involving its six district field units.

Provincial Veterinarian Renante Decena said the facility will serve as the satellite center of the Provincial Animal Learning Park and Hospital.

It will form part of the “districtalized” operation for veterinary health care and services to animals, and clients in the identified areas for establishment, he added.