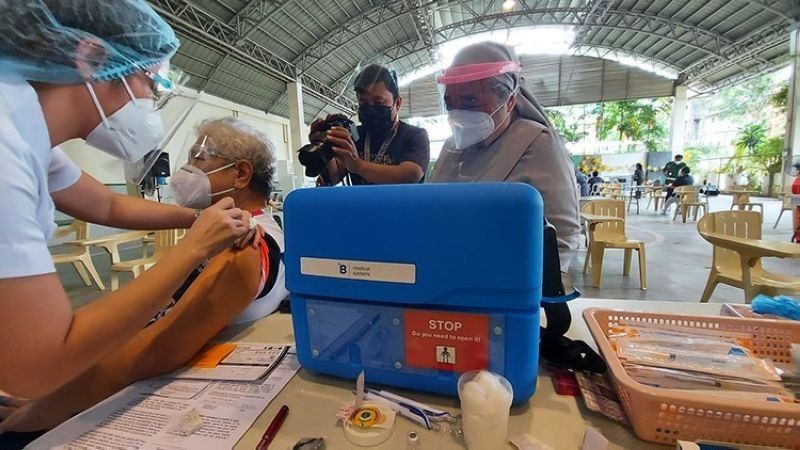 This achievement came on the heels of the arrival of additional Pfizer Covid-19 vaccines that will help the local vaccination efforts to continue.

A total of 20,846 jabs were performed Tuesday, exceeding the combined daily target of 19,692, in the highly urbanized cities of Cebu, Mandaue and Lapu-Lapu; component cities of Talisay and Naga; and municipalities of Minglanilla and Consolacion, according to Dr. Mary Jean Loreche, spokesperson of the Visayas Covid-19 Vaccination Operations Center.

Metro Cebu is composed of 13 local government units (LGUs) The other LGUs not mentioned by Loreched during her briefing were the component cities of Danao and Carcar; and the municipalities of Compostela, Liloan, Cordova and San Fernando.

Also during the briefing, Loreche said starting Aug. 1, the target number of daily vaccinations for the “entire Metro Cebu” would be 29,925.

“I believe that the 29,925 daily doses is achievable provided that the vaccines are also with us,” she said.

Meanwhile, Central Visayas received a total of 102,960 doses of Pfizer vaccines that were separately delivered on July 21 and July 26.

A total of 24,000 doses were donated for the private sector vaccination initiative that will also inoculate individuals from various LGUs in Metro Cebu.

Loreche said some of the vaccine allocations are not yet delivered as they are still awaiting the diluent and syringes from the National Government.

The rest of the Pfizer vaccines are also up for distribution to Cebu Province and other areas in Central Visayas such as Bohol Province, Tagbilaran City in Bohol, Negros Oriental Province, and Dumaguete City in Negros Oriental.

The first batch arrived last July 21 and the latest arrived on Monday, July 26.

For Metro Cebu alone, 344,193 individuals were vaccinated with the first dose, while 126,650 received the second and final dose.

Loreche said the persons vaccinated with the Janssen vaccine (a single shot vaccine), who are mostly senior citizens, have been counted as part of the list of individuals who already received the complete doses.

The number of required vaccination venues for Metro Cebu is 34 and it has already established 27 vaccination sites.

For the entire Cebu island (based on all public and private vaccination centers), a total of 446,909 individuals already received their first dose, while 230,924 others received their second and final dose, including those inoculated with the single shot Janssen vaccine. (WBS)