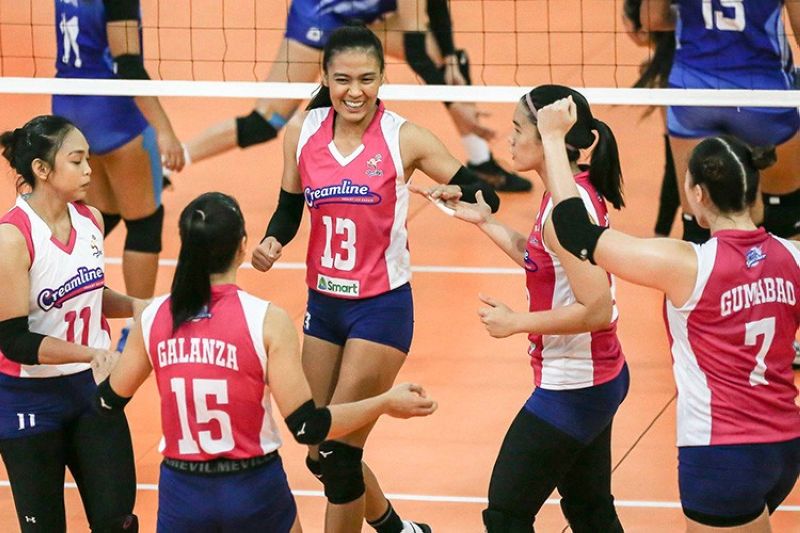 Creamline celebrates their easy win over BaliPure in the PVL. (PVL)

The Creamline Cool Smashers notched their fifth win in historic fashion as they crushed the BaliPure Water Defenders, 25-12, 25-3, 25-15, in the Premier Volleyball League Open Conference at the PCV Socio-Civic and Cultural Center on Wednesday night.

The victory placed the Cool Smashers at the top of the standings with a perfect 5-0 win-loss card. After winning the first set, 25-12, Creamline took their game up a notch and destroyed their opponents in the second, 25-3. BaliPure’s three-point output made history as it was the lowest scoring output in a set in any women’s volleyball competition SportsVision has organized.

Alyssa Valdez was at the forefront of Creamline’s barrage as she tallied 16 points off of 10 attacks, four aces and two blocks. She also had nine excellent digs. Michelle Gumabao added 14 points while Jema Galanza chipped in 10.