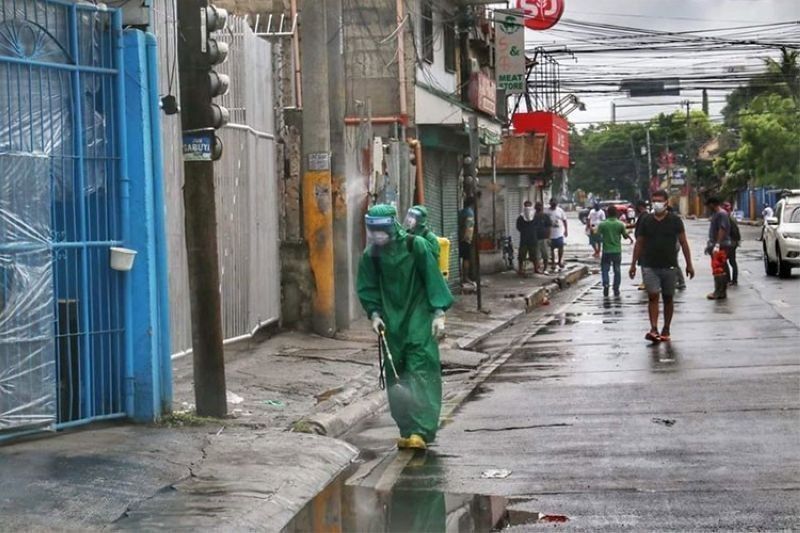 THE Department of Health (DOH)-Central Visayas reported on Thursday, July 29, 2021, that all the 32 cases of Delta variants of Sars-CoV-2, the virus that causes Covid-19, found in the region are all in Cebu.

Of the 32 cases, 19 are patients from Lapu-Lapu City, six from Cebu City, three from Mandaue, and two each from Cordova and Samboan, said DOH-Central Visayas Director Dr. Jaime Bernadas.

He said the Delta variant cases might have already been contained, as the swab tests were done on July 4-10.

Bernadas said the patients could have already recovered from the infectious respiratory disease, or they could be on their way to recovery.

The DOH announced earlier Thursday that the 32 cases were among the 97 additional Delta variant cases detected in the country recently.

Aside from the 97 Delta cases, the DOH also detected 83 Alpha variant cases, 127 Beta variant cases and 22 P.3 cases in the Philippines.

Bernadas said they are tracing the 32 patients’ families and relatives to check if they are also infected, including the infected individuals who could be the first carriers of the Delta variant.

He said the patients claimed that they did not go out of their places, which led him to think that this could be a case of local transmission.

Bernadas said since May this year, the DOH-Central Visayas have submitted 500 to 600 samples from suspected Covid-19 cases to the Philippine Genome Center (PGC) in Manila for genome sequencing to determine if they are carrying the Delta variant and other variants.

Bernadas advised the public to remain vigilant. He also urged the public not to panic as these cases were already contained and isolated.

He urged mayors to reinforce their Emergency Operations Centers (EOCs) and reactivate all their isolation centers.

Bernadas said the health system of the region is still responsive but not overwhelmed.

“With 59 intensive care units (ICU) and 65 isolation centers in Cebu, we still can accommodate more Covid-19 patients. Our private hospitals will also reopen or add more Covid-19 beds,” he said.

The Delta variant is considered the most contagious variant of Sars-CoV-2. It is a version of the coronavirus that has been found in more than 80 countries since it was first detected in India.

Experts said the delta variant spreads more easily because of mutations that make it better at latching onto cells in our bodies.

* Before official reports about the detected cases of Delta variant in Central Visayas, the Cebu City EOC already presumed that the variant is already in Cebu.

City Councilor Joel Garganera, EOC deputy chief implementer, said this has been the mindset of the personnel of the EOC for quite a time already.

Garganera said since there were reported Delta variants in other provinces, the EOC became even more aggressive in its intervention. He said it used to take around 24 hours for the EOC to conduct contact tracing, isolation and extraction, but now it can be done in 16 hours. Once the list of patients with Covid-19 comes out, the EOC personnel immediately extract the positive patient.

* City Councilor Dave Tumulak confirmed the death of a Covid-19 patient who expired in an ambulance while waiting in a private hospital on July 24.

The patient was a 28-year-old female call center agent who had asthma.

The patient was put on hotel isolation even if she already experienced severe symptoms of Covid-19, as hospitals were full and could no longer accommodate Covid-19 patients. But when the patient’s oxygen saturation started to drop to 40, she was extracted from the isolation site and was rushed to the nearest private hospital. The hospital staff, however, refused to accept her and did not revive the patient because they were already full.

The call center agent needed to be intubated but the medics at the ambulance cannot do the procedure.

* Meanwhile, a large funeral home in Cebu City urged hospitals to improve their storage facilities as a preventive measure against Covid-19 and to help ensure non-transmission of the virus that causes Covid-19 among deceased patients.

The manager of the funeral home, who requested anonymity, expressed hope that hospitals will not release deceased Covid-19 patients until the funeral arrangements have been finalized to prevent virus transmission.

The manager said their records show July 2021 as the month with the highest number of individuals who died of Covid-19.

From January to March this year, cases of Covid-19 deaths they have accommodated in their facility went down by 30 percent, but the number of cases has steadily increased since May.

The manager said there were incidents when they had to decline the requests of the families of the deceased because their freezer can accommodate four dead individuals at one time and their reservations for three days are both full. (With LMY, JJL, WBS)